Glad to see all of you, here again, Welcome again folks, in this module we are going to talk about the Data Types in C Programming, till now we have completed a wonderful journey in this series and also are ready to go ahead.

Let’s start this module and look into details about the same. 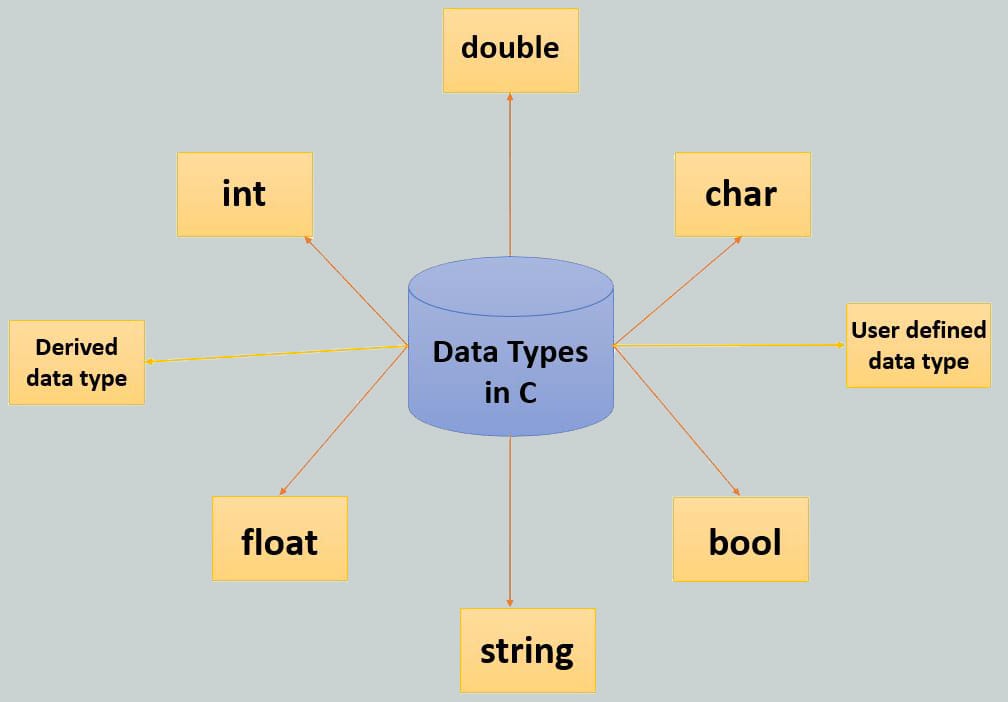 Data types in C Programming talks about the type and nature of the value that a particular variable is going to hold. i.e., suppose you buy water from a store, now the water bottle is the container i.e., the variable and the brand of water or the liquidity nature of the water is the data type here. In simple we should know what is nature and type of things are being stored in the container or variable in programming.

In this particular module, we will talk about primary data types in detail and the rest we will cover in the upcoming modules.

It is for storing a character and takes up to 1 byte of memory from the compiler.

Here, in this example, char is the data type and ch is the variable name, which has stored the character A in it. One thing to be noted in this case is that while assigning a character to any variable, it should be in single quotation marks as given in the above example, else it will throw an error.

It is for Booleans True or False (0 or 1). It is used for checking various conditions required in the program, will see about this in the later modules.

For example, bool b = true;

it is used for storing a floating-point number, i.e., a decimal number and takes up to 4 bytes of memory from the compiler.

Here, in this example, num is the variable name that is assigned with float data type and is holding a 12.23 value in it.

It is used to store a large value decimal number and it takes up to 8 bytes of memory.

The output of the above Program:

Here, in the above program, we have declared 3 types of data types int, float, and char with the n1, n2, and chr variables respectively and thus printing the same with printf() function. Different data types use different format specifiers, we have discussed format specifiers in the last module refer to that if we haven’t.

There were some data types that were not defined in the C library, but there was a need for that, so in this, we the user can define our own data type, which is also known as secondary or non -primitive data type. Users can define this as per their requirements. There are many types of user-defined data types such as arrays, pointers, structures, unions, functions, etc. We will talk about this in more detail in the upcoming modules. so stay tuned.

In this module, we have discussed one of the most important concepts of the C programming series i.e., data types. Hope you all are enjoying the programming are excited about the upcoming modules.