Welcome back guys, feeling excited, so in this module, we are going to talk about the Keywords in C Programming, till now we have covered the variables and constants, data types in C, if you didn’t know about these terms, my recommendation is to first refer that module then go through this, then only you can grasp about how the things are been done.
Let’s move into the details of this lecture: 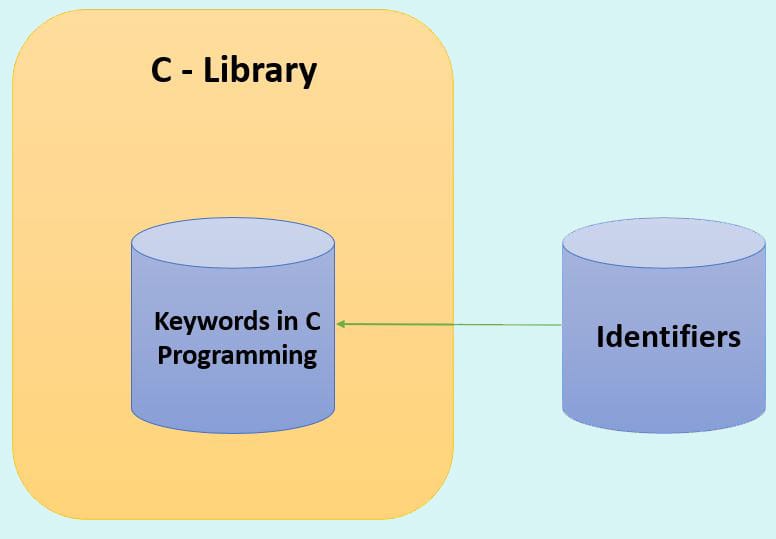 We talked about variables and know that it’s something we can change the value of as per our requirements, similarly, keywords are something that has their own meanings. It is pre-defined by the C library. One can’t use the keywords as a variable name or for defining something else. These are also known as reserved words that have special meanings to the compiler. They become an important part of the syntax and play an important role in structuring a program. Keywords can not be used as an identifier.

There are a total of 32 keywords available in C. Let’s see them.

This is the total list of keywords available in the C library. Let’s see some of them in detail with their meanings.

auto int num1;
Here, this statement in the above example simply suggests that num1 is the variable declared under storage class auto and of type int, i.e., can hold only integer values in it.
Any variables declared under any function body are automatic by default. Whenever the functions are executed, they are recreated each and every time.

void: It is a return type, which indicates that no value is to be returned i..e, null value.

goto: It is used as a jump statement as it takes you from one part of the program to another part.

enum: indicates the set of constants.

sizeof: tells the size of a particular variable.

for, while, do: These are the types of loops present in C Programming, used to perform different actions.

union: It represents the collection of the variables, which have the same memory storage and location.

if, else, switch, case, default: These are the conditional statements, used for making decisions for controlling the structure of the program.

What is an Identifier in C Programming?

Identifier refers to the name which you give to define entities such as variables, structures, classes, functions, etc.

There are some rules for naming identifiers in C, and one should follow that. Let’s see:

I hope you all got a deep knowledge of the keywords in C Programming and must be excited to go into more depth about this particular series. Stay connected for the upcoming modules.

Until then, keep learning, Happy Coding!