Use My Notes
Home Cryptography What is Computer Virus, Worms and Trojans?

Hey folks, welcome all, in this module we are going to talk about What is computer Virus, Worms and Trojans, how they are different from one another, what is the similarity, how they all can affect our files, and systems, and many more. So, Let’s read this module in deep.

What is Computer Virus, Worms and Trojans?

The type of software or code, which disrupts our whole data in our system, and the system or device itself are generally termed as malicious software, or we can also call it malware, or malcode. These are specially designed for damaging our files ad systems. The viruses, worms, trojans and many bots are part of this class of software only called malware. Let’s see each of these in a bit more detail. 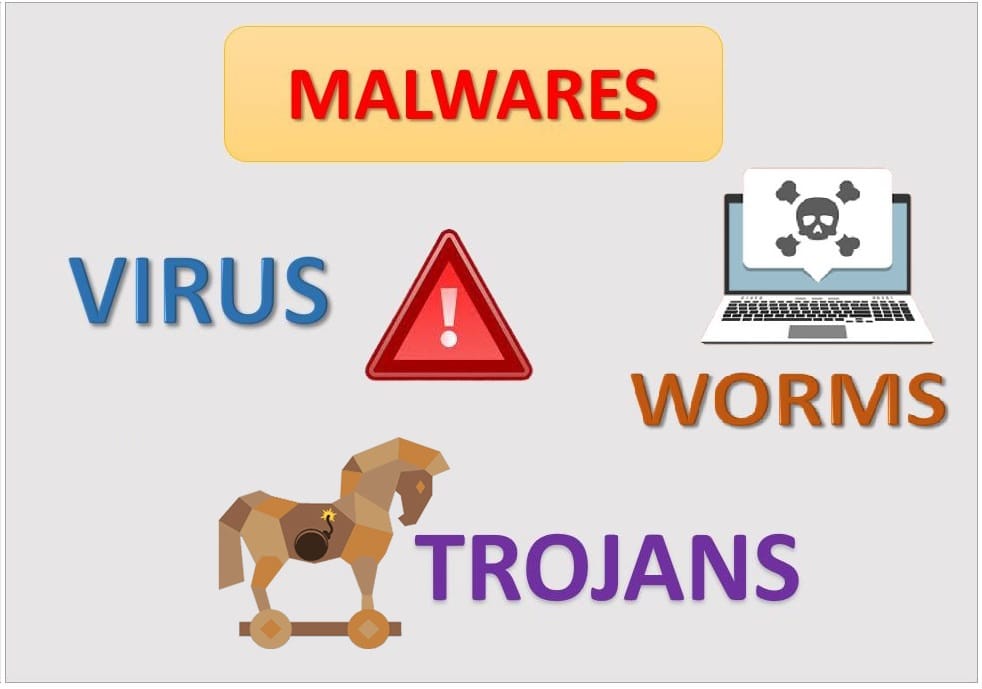 What is Computer Virus?

A virus is something that alters the operation of the computer, without the permission and knowledge of the owner or the user, it is basically found in the form of a small program written. It disrupts the activity of the machine and hence slows down the functioning. 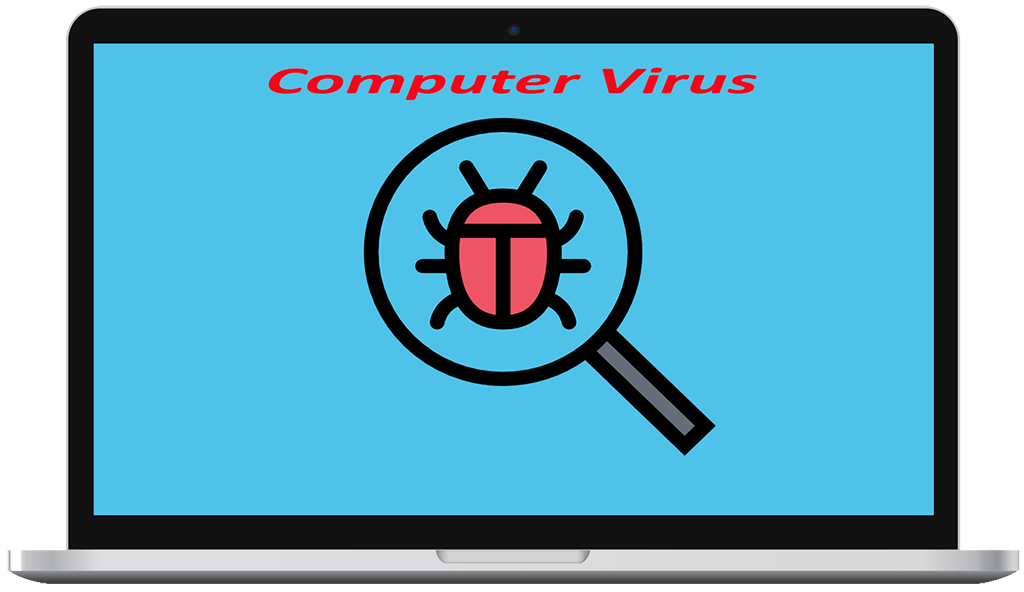 They generally make changes in many programs, remove various files, and alter the functioning of the hard drive in order to destroy the functioning of our machine. Their main objective is to attack the system machine memory that is generally used by the programmer, and because of this attack, our system leads to a crash.

It can also infect the network servers, it replaces the infected files with the original files, in this way it reproduces itself, and often sometimes, it puts the malicious code in the execution path of the main code, so, it is working for itself out.

It attaches itself to various files or programs, so when these files are transferred from one system to another, the infections also spread from one system to another through these files, and thus it leaves the infection at each and every system it travels. The virus is also of many types, like the same directly affect the hardware, software, or files, some only mildly affected. Mainly, the virus spread through the interventions of human only, like we the human can open the infected files, or can run the infected program, then these leads to the system crash, or if we send these infected files to another via e-mail, then that system can also get infected.

Learn What is VPN

Viruses are categorized into many types, some of them are.

Most data files are been affected by these kinds of viruses, by embedding the piece of infected code in the data files. It is just attached to the data files rather than programs that are executable. These viruses are similar to all other viruses. Some examples of macro viruses are W97M.Groov and WM.NiceDay, etc.

All the programs and records are infected by this type of virus. It reinjects all the boot area again if it is clean but the actual files are not clean, so it should be removed from the boot region at all. It is very difficult to fix. It is also known as polypartite. Some examples are Tequilla, emperor, etc.

File viruses with an infector

Generally, .exe, .com, .bin, .txt are infected by this virus, i.e., executable codes are being attacked by these viruses. The viruses mainly stay in memory and can easily affect other files. Some examples are Jerusalem and cascade.

Worms are just similar to viruses, it causes the same type of damages by replicating the functional copies of themselves. This virus replicates itself from system to system without using the host file, on the other hand, the virus spreads the infected host files. There is a difference between that how the virus uses the host file, whereas how the worms use the host files. These viruses generally found inside any document i.e., whether the excel or word document. 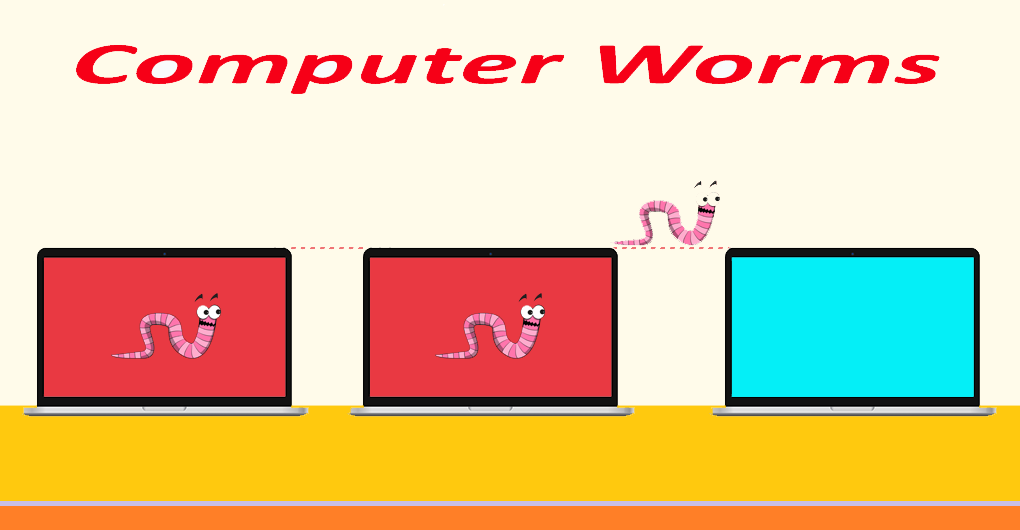 Worms can easily reproduce themselves on your system, and this characteristic is considered as the most dangerous ability of worms, it can produce thousands of copies of itself, thus it causes a massive disruption on your machine or system.

Worms spread from machine to machine through different infected file transfers, but it has the ability to transfer without any human intervention, it can also transfer across networks and kt consumes a lot of memory. Once, it entered into your system, then it allows you to perform various types of malicious activity in your system.

Trojans is generally a destructive program, not a virus. It looks like a genuine application. They don’t have the ability to replicate themselves, they are unlike viruses. They are in the form of imposter files in your system. It can create harmful damages to your system, that looks like legitimate software. 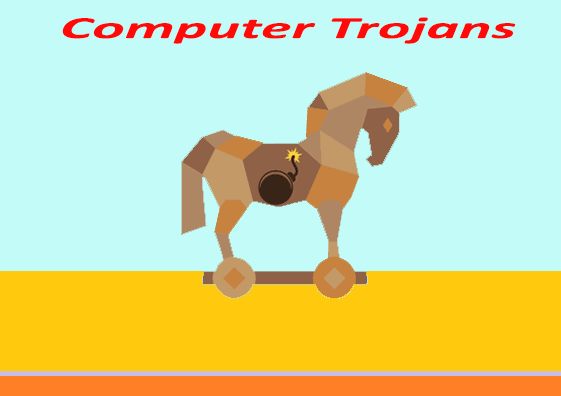 They work from the backside of the system, i.e., they act like a back door, which allows any type of malicious virus to enter the system and doing suspicious activity. Trojans don’t infect another file, as they don’t have the ability to replicate.

Some categories of trojans are Trojan Horse, Trojan.Gen ad Trojan.Gen.2, these have their particular characteristics and behaviors. Trojan generally comes into your system by downloading unknown email attachments and many more.

What are the safety measures that should be taken?

So, there is some measure that we should follow while working with our machine or system in order to be safe from all these types of suspicious activities.

These were some common measures which we should follow normally while working with the system.

I hope, this module was very useful to all of you as it gives a full concept in detail about what is virus, worms and trojans, and how harmful they are, and what measures you all can take to avoid such types of activity in your system. So, be safe and keep working, stay connected.