Use My Notes
Home Cryptography What is RSA Algorithm? 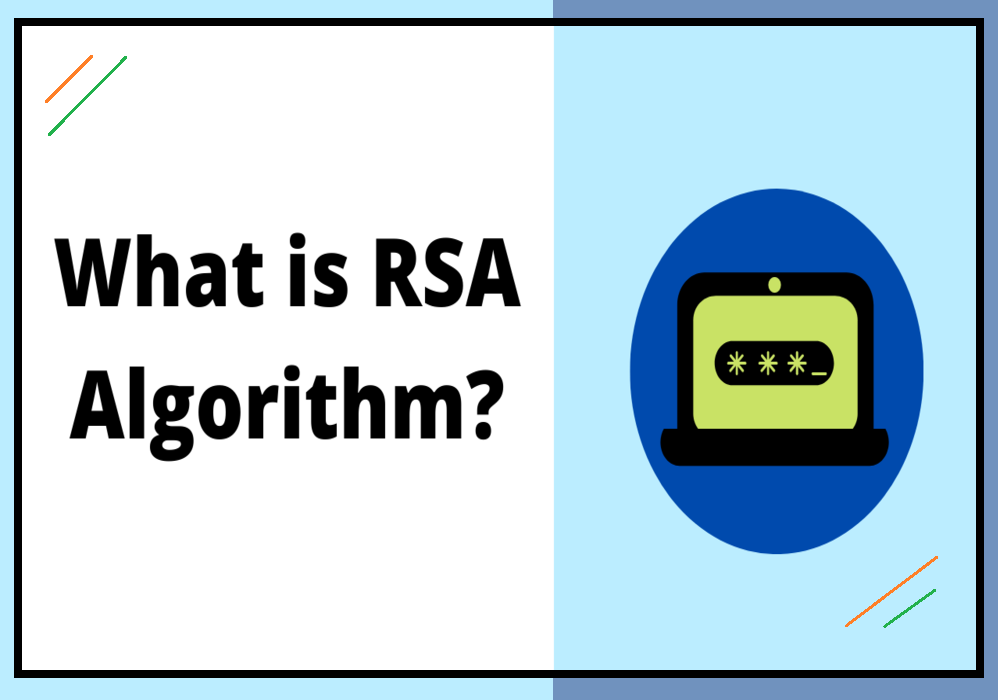 What is RSA algorithm?

The RSA algorithm is a public key cryptography algorithm used for converting plain text into ciphertext. It is also known as asymmetric-key cryptography because two different keys i.e., a public key and a private key are used for encrypting and decrypting the message or data. As the name implies, the Public Key is made available to anyone, while the Private Key remains secret or private i.e., not shared with anyone.

How does the RSA algorithm work?

Now, let’s go through the process of the RSA algorithm step by step.

Generation of public and private keys

Encryption of message by the sender using public key

Using the public key, the ciphertext C is calculated from the plaintext P, which is a number:
C = Pe mod n

The decryption of message by the receiver using the private key

Using the private key, the plaintext P is calculated from the ciphertext C, which is a number:
P = Cd mod n

Now, let’s see some of the advantages and disadvantages of the RSA algorithm.

What are the advantages of the RSA (Rivest, Shamir, and Adleman) algorithm?

What are the disadvantages of the RSA (Rivest, Shamir, and Adleman) algorithm?

In which layer does the RSA algorithm work?

In the OSI (Open Systems Interconnection) model, the RSA algorithm works on the presentation layer.

I hope this module will be beneficial for you and you have now got some basic idea about the RSA algorithm. For more exciting & informative modules like this, you read our other tutorials and blogs on our website.

ABOUT US
We use Use My Notes to share recent technical tutorials, articles, and blog posts with our community and much more. This is an Educational Platform for providing free education.
Contact us: [email protected]
© 2021 Use My Notes. All Right Reserved