Use My Notes
Home Cryptography and Network Security Course What is MD5 (Message Digest algorithm 5)? 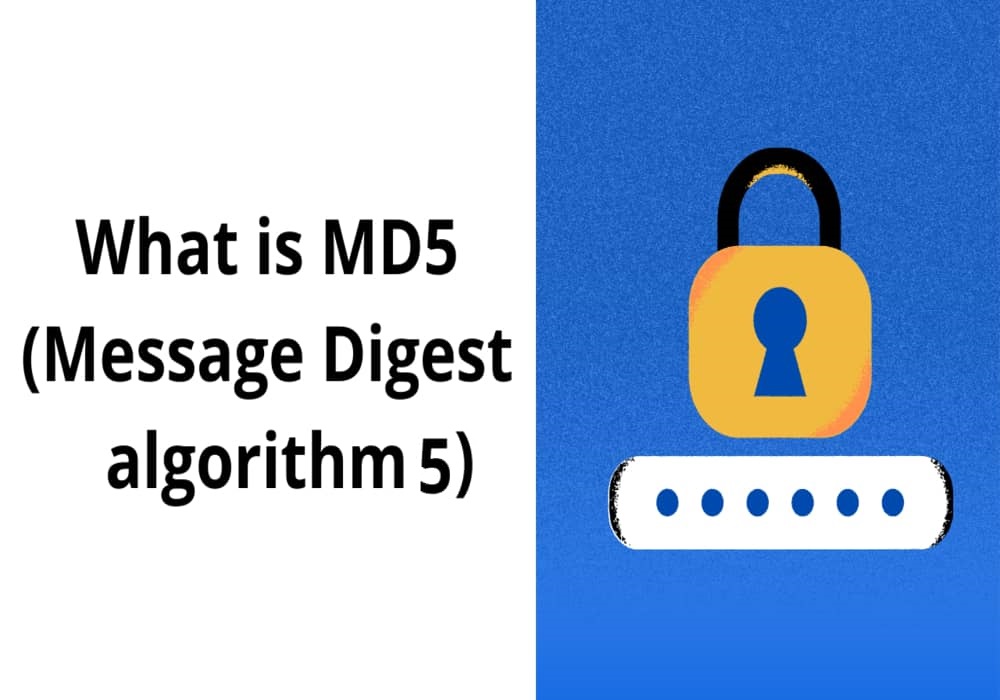 What is MD5 (Message Digest algorithm 5)?

A big file must first be safely ‘compressed,’ before being encrypted with a secret key, and MD5 was developed for this purpose. Message Digest 5 is a little more difficult to understand than Message Digest 4.

When it comes to cryptographic authentication, IETF says that MD5 hashes are no longer considered secure.

How does MD5 algorithm work?

A 512-bit string is divided into 16 words of 32 bits each using the MD5 message-digest hashing method. MD5 generates a 128-bit message digest as a result of the operation.
There are four steps involved in producing a message digest:

Let’s go through the steps one by one for how does MD5 algorithm WORK now.

Padding is the process of adding more bits to the original message. Additions of padding bits must be made in such a way that the resulting total number of bits falls 64 bits short of the multiple of 512. The initial bit of padding is a 1, while the remaining bits are all zeros.

In this step, we add length bits to the above message generated i.e., the original message and padding bits. We combine the length bits in such a way that the message’s overall bit length is a perfect multiple of 512. Thus, 64 bits are added to the message.

In this phase, four 32-bit buffers are used. Let’s say there are four buffers, E, F, G, and H. Each of these buffers has a size of 32 bits, and they are set up as follows:

Processing of each block

Each 512-bit block is split into 16 smaller blocks, each of 32 bits. There are four rounds of processing.

To begin, we use four auxiliary functions, each of which accepts three 32-bit words as input and outputs one 32-bit word as a result. These functions make use of logical operators such as AND, XOR, OR, and NOT.

Now, after seeing the working of MD5. Now, let’s look at some of the advantages and disadvantages of MD5.

Advantages of the MD5 algorithm

Disadvantages of the MD5 algorithm

I hope you will find the What is MD5 (Message Digest algorithm 5) module to be useful. You may also check out our other tutorials and blogs on our website for more exciting and informative content.