Use My Notes
Home Cryptography What is DES Algorithm?

Hi, guys, welcome back. In this module, I will discuss what is DES Algorithm. After reading this module, you will get to know the various steps involved in DES (Data Encryption Standard) Algorithm, why to learn it, its implementation, and modes of operation. Let’s continue to know it, then. 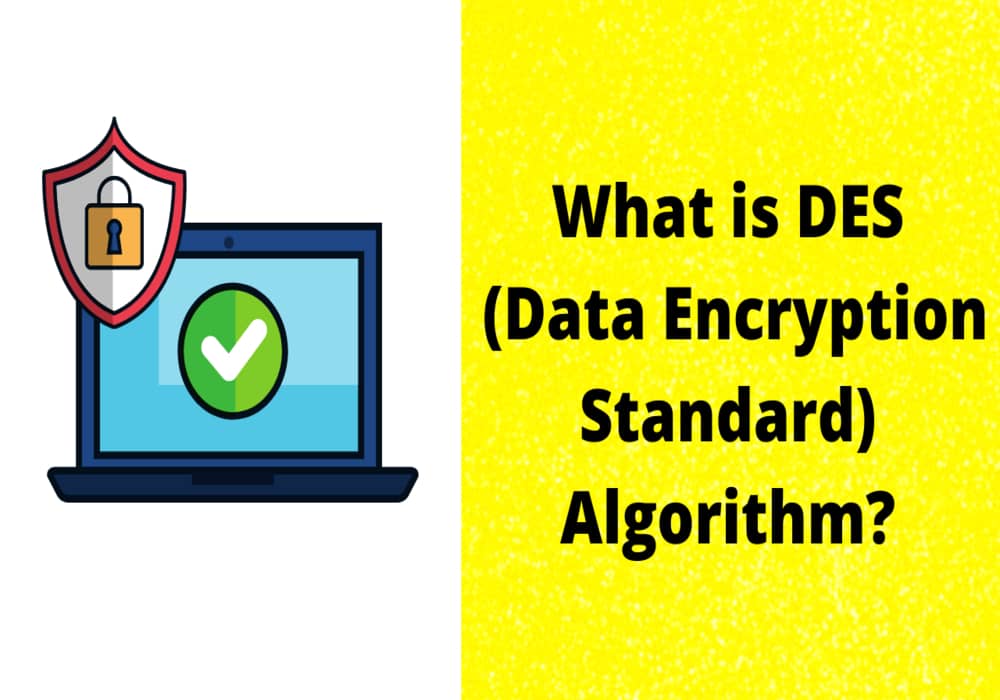 What is DES Algorithm?

At the start of the 1970s, the IBM team created a symmetric-key cipher block algorithm known as DES (Data Encryption Standard) Algorithm. The term symmetric-key means that the same key is used for encryption & decryption of plain text or message. The National Institute of Standards and Technology (NIST) later adopted this algorithm.

The DES algorithm takes the plain text of 64-bit as input & produces a ciphertext of 64 bit using a key of 56 bits. Initially, 64-bit key length is used but 8 bit is discarded.

The Data Encryption Standard (DES) was discovered vulnerable to powerful attacks and hence DES has slightly declined in use. The 56 bits key length used in DES makes it unsafe against cyber attacks like brute force because 56 bits key length requires 2^56 attempts for an attacker to find the correct key, which is not enough to protect sensitive data against brute-force attacks with modern computers. So, in May 2005, the Data Encryption Standards (FIPS 46-3) was officially withdrawn.

How does the Algorithm for Data Encryption Standard (DES) work?

DES is a Feistel Block Cipher implementation, known as LUCIFER. It uses a Feistel structure with 16 rounds, where a different key is used for each round. 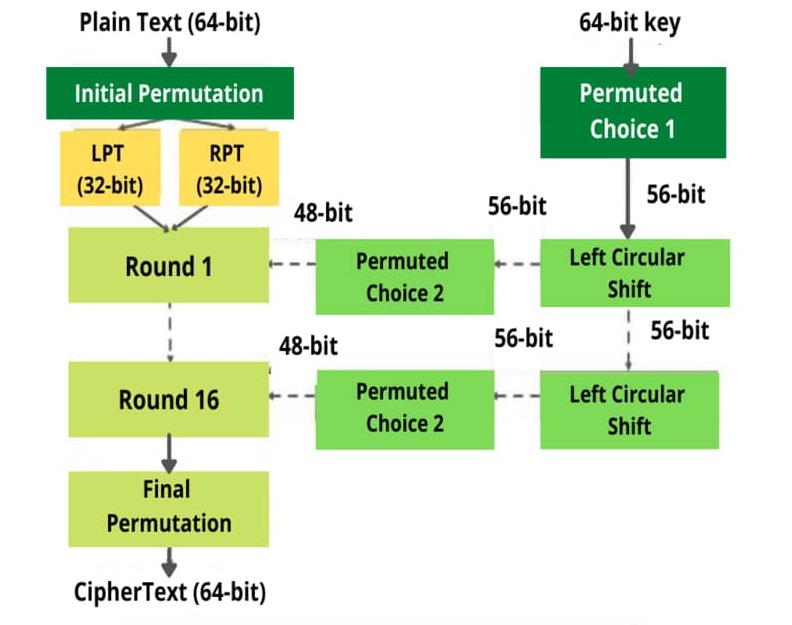 The DES algorithm steps are given below:

The method of decryption uses the same algorithm, but it is done in reverse order of the same key as the DES algorithm is the symmetric key algorithm.

What are the disadvantages of DES?

What are the advantages of DES?

One of the main reasons to learn DES (Data Encryption Standard) is that it forms the foundation for encryption algorithms. This makes it easy for one to understand the implementation or working of currently used encryption algorithms or methods, which are much faster than the DES algorithm.

Let’s see what are the modes of operation of DES.

What are the modes of operation of DES?

How to implement the DES algorithm?

For implementing DES (Data Encryption Standard), one needs to select a security provider. The selection depends on the programming language used such as MATLAB, C, Python & Java.

Once you select a security provider, you need to select whether to use a plain text or byte array to produce a key by yourself or a random secret key created by the KeyGenerator.

After implementing the DES algorithm, one can test the algorithm by using GitHub recurrence relation.

I hope you have found the What is DES Algorithm module beneficial. For more interesting modules like this, you can refer to our website.