Use My Notes
Home Cryptography and Network Security Course What is Intrusion Detection System ?

Hey folks, welcome back, in this module we are going to talk about What is an Intrusion Detection System or also known as IDS, is one of the important terminologies in cryptography, so let’s start reading about the same in this module.

What is Intrusion Detection System?

When working with something over the network or while working with the system, we know that many suspicious activities may be taking place at the parallel in our system, so to detect that activity and to inform about the same us is what this intrusion detection system does. 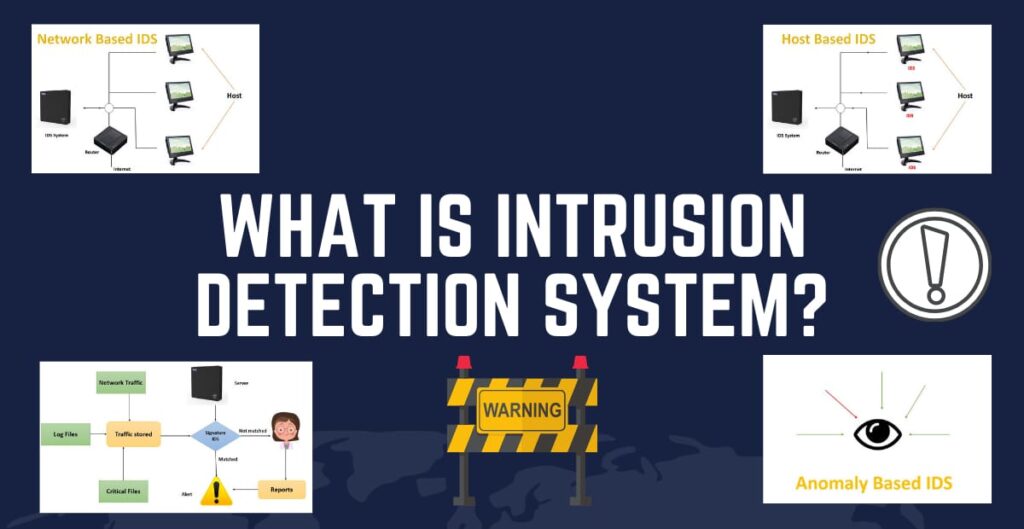 The intrusion detection system is a type of software that detects the suspicious activities that are taking place in our system and if any found, then it gives us the alert so that someone from the security operation team can investigate the issue and may fix this issue or may take right action there based on that alerts.

It scans the whole network and generates or monitors the network traffic to detect these suspicious activities.

Sometimes intrusion detection systems come up with the false alarm, therefore it should be properly installed in your system so that it can easily differentiate what normal traffic looks like and what a network of suspicious activities looks like.

What is the classification of Intrusion Detection System?

Intrusion detection systems can be deployed in any network and hence are mainly classified into two types. So, let’s see what they are.

The host Intrusion detection system is responsible for looking at the incoming and outgoing packages and detects that if any threat is found then it immediately gives us the alert. They are deployed at the endpoint. These IDS monitor the traffic of the network to and from the machine. These IDS work by comparing the snapshots of the existing files with the previous files and if any type of anomaly is found, it immediately gives us the alert. These are visible to the host machines. The typical example of these can be seen on mission-critical machines. 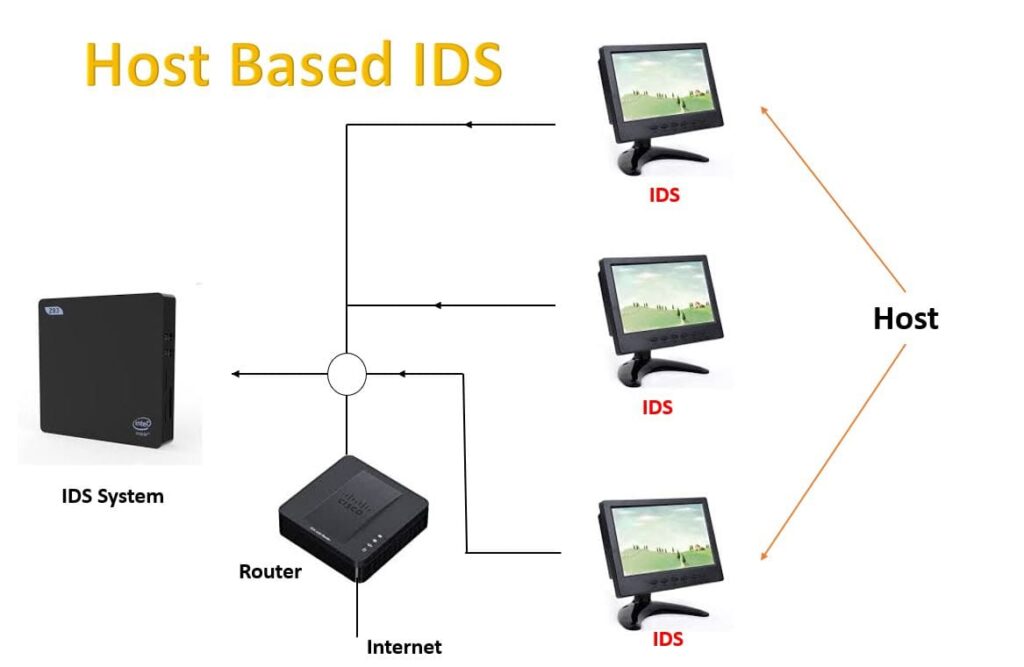 Network intrusion detection systems are responsible for monitoring or analyzing the entire incoming traffic or the entire protected network. It is visible to all the traffic flowing through that network. These systems can detect various types of threats. The internal endpoints can’t access these. 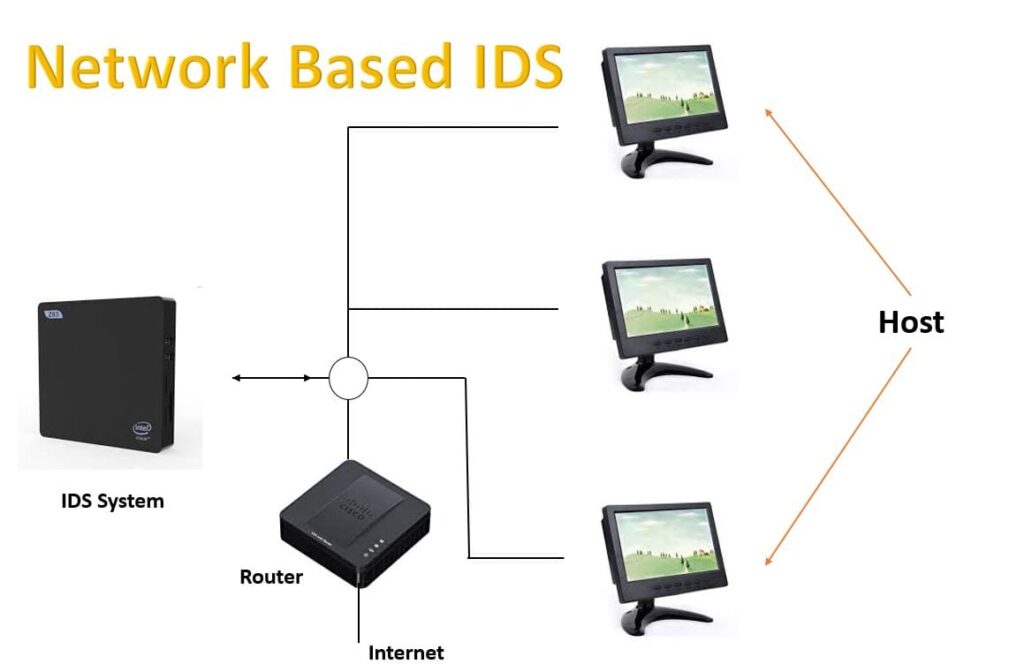 These classifications provide less security because of different levels of visibility. Hence, there is furthermore classification on this, let’s see what they are. These are also called the subset of IDS types.

Signature-based detection is designed for detecting special design or patterns or we can say that they use a fingerprint of the malicious virus or threats to identify them i.e., if any virus or threats has been acknowledged then it will store the signature of that threat so that in future it can identify easily about that threat and comes up with full accuracy. 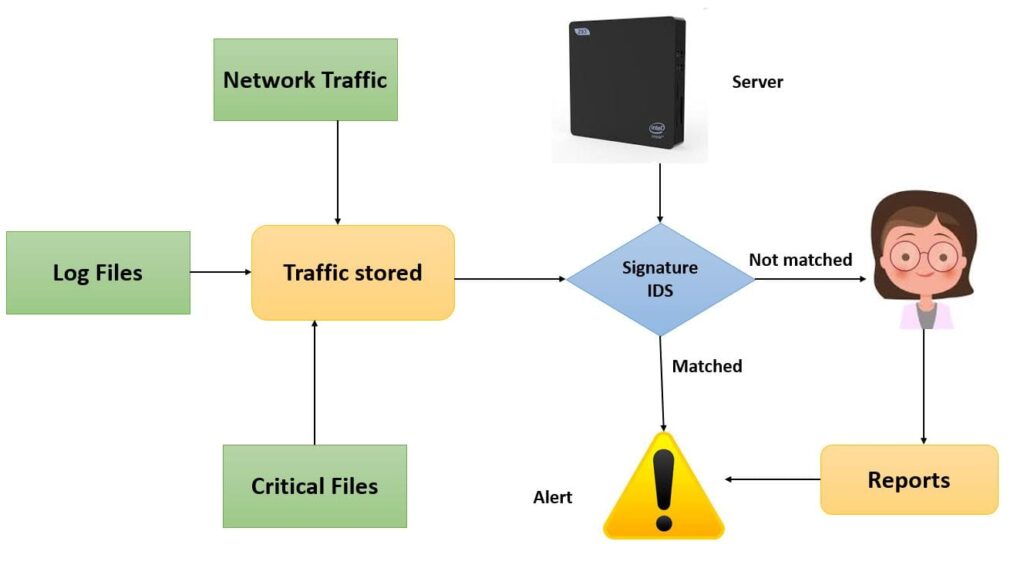 The main thing in this is it can easily detect the known threat but it becomes difficult or almost impossible to detect the new threat, which was not detected previously, i.e., they are limited to detect only known threats.

Anomaly-based detection is a new technology based on a Machine learning algorithm, that is usually made for normal behavior of the system, and now all other behavior is compared to this tech model and generates the alert if any types of threat are detected. This model can suffer from false positives (i.e., incorrect alerts) and false negatives (i.e., missed detection). 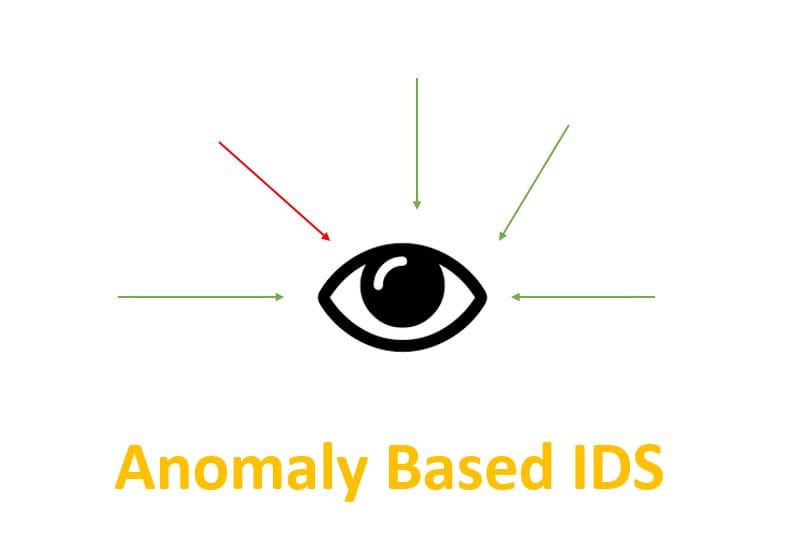 So, these are some of the types of IDS, that are available and that help in detecting various types of threats.

Why should we use IDS?

We are living in a world, which is now fully functioning online, so there are lots of modern and bigger businessmen that are also working with a network and dealing with traffic, so they want a high level of security for their work, so no one from outside or from another organization can attack it. An intrusion detection system ack as a bodyguard in this case, and takes care of all the malicious activities that would be taking place in your network.

So, for safeguarding your network and your system, an Intrusion detection system should be installed in your system.

I hope this module was very much interesting for you all and must be excited to read more modules in cryptography. So, until then stay connected, be happy, keep learning.