Use My Notes
Home Cryptography and Network Security Course What is SSL (Secure Socket Layer)?

Hey Guys, in this module, we are going to talk about What is SSL (Secure Socket Layer), Since we all work over the internet and we want a secure connection to be established between us and the clients so that our data and information are safe.

So, to achieve this let’s start reading this module in dept.

What is SSL (Secure Socket Layer)?

SSL or Secured Socket Layer is an internet security protocol with the encryption-based technique. It was first developed by Netscape in the mid-1990s, the main purpose of this was to ensure privacy, data integrity, and authentication in communications through the internet.

TLS or Transport Layer Security, the descendent of the SSL, have provided security and encryption, because of which all the modern internet commerce and communications are possible. It provides continuous updates to keep the pace or an eye to the sophisticated attacker. 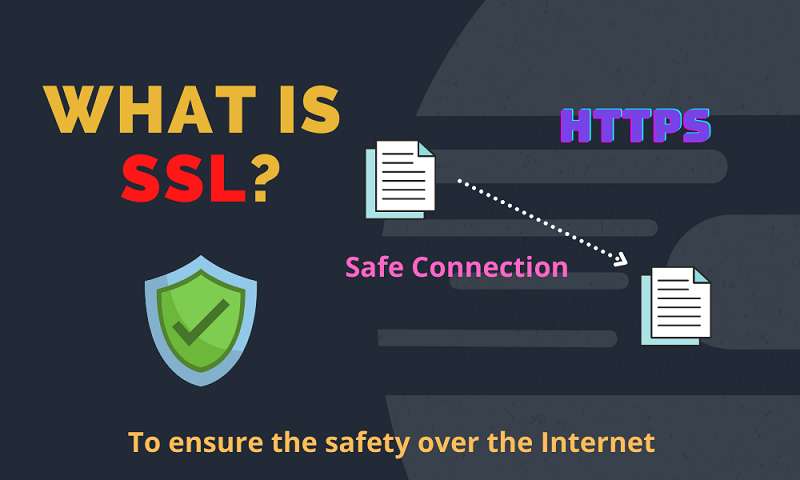 These two protocols are used for establishing encrypted and authenticated links between the computer networks.

What is the difference between TLS and SSL?

The difference between this TLS protocol and SSL 3.0 is not dramatic. The name of both TLS and SSL are different because it signifies the change in ownership. Thus, it’s not the case that there is a difference between TLS and SSL, they two just form a continuously updated series of protocols and often are called together as SSL/TLS. The next version of SSL was released in 1999, and it was standardized by the Internet Engineering Task Force (IETF) and was named TLS or Transport Layer Security.

All types of internet traffic are encrypted by TLS protocol, and among that the most common is web traffic. If the URL in your address starts with “HTTPS”, then that means your browser is connected via TLS, and there is one indicator with a padlock that tells that your connection is secure. But with TLS, it can be used by various other applications as well like Usenet and e-mail.

Both of them are very closely related, therefore these two terms are often confused and used interchangeably. Some people use SSL/TLS encryption while some use SSL to refer to TLS because SSL has so much name recognition.

Why do we need SSL?

We all indulge online and do all our work online, even all communications and transactions are also being done online, So, there is very little reason for not using SSL. Here, I am mentioning some of the points that why SSL is important. SSL follows these types of security information.

Data Integrity: It checks for the safety of data, about its consistency, accuracy, and completeness.

Authentication: It checks whether you are connected to the correct server or not.

Where can we use SSL?

SSL is used to secure many things and is used widely. Some of them are mentioned below.

As we have already seen, that SSL protocol is used to make the connection secure. So, now let’s see how SSL works.

SSL works with the following two concepts and that is:

What is Asymmetric Cryptography?

The below figure depicts the working of Asymmetric Cryptography. 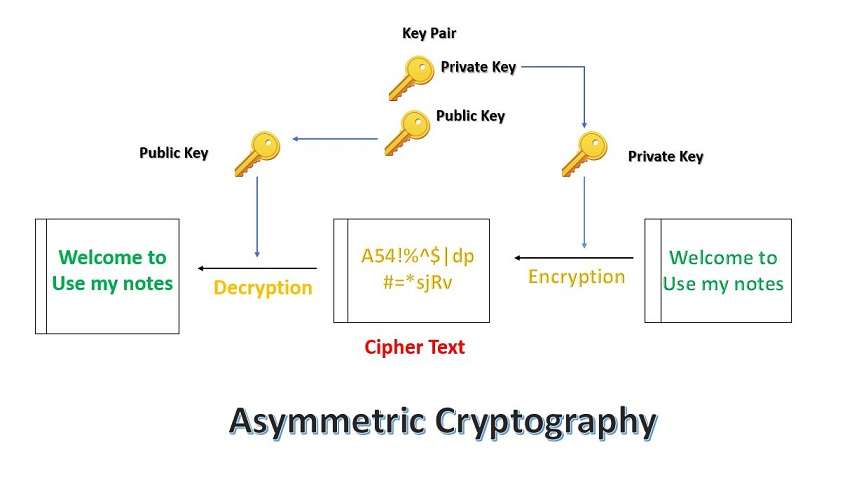 Here, the keys are created using the mathematical algorithm and use a mathematical value to encrypt or decrypt the data.

SSL uses asymmetric cryptography to initiate the SSL handshake, which is the initial state of starting the communication. Some of the commonly used asymmetric key encryption algorithms are RSA, DSA, ElGamal, and Elliptic curve techniques.

What is Symmetric Cryptography?

The below figure depicts the working of Symmetric Cryptography. 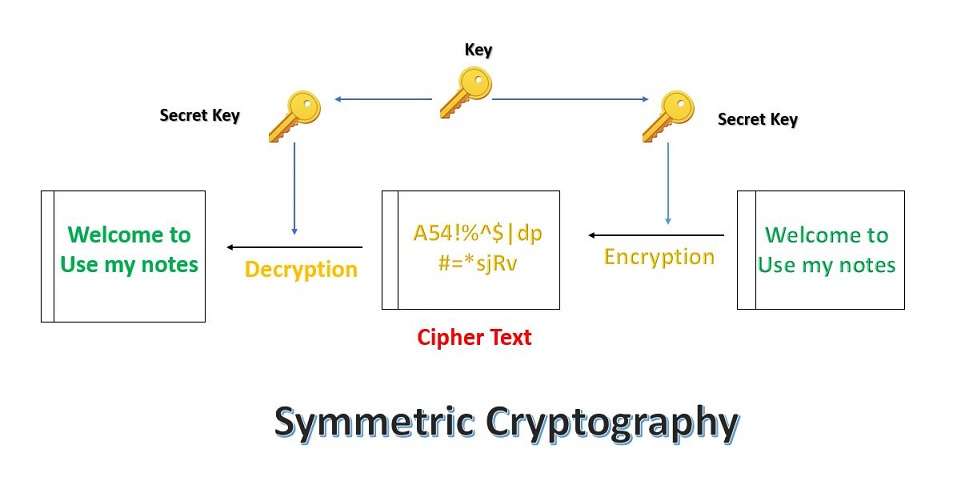 It uses this cryptography technique after the initial handshake is done and that too using the session key. Some of the commonly used symmetric algorithms are AES-192, AES-128, and AES-256.

How is the data transferred over the SSL?

The above two mentioned methods are used by the SSL to transfer the data securely over the internet. When SSL communicates between the browser and the web server or between any other two systems, then it is mainly divided into two steps and that is SSL handshake and the actual data transfer.

The figure below illustrates how communication is done through SSL.

What is an SSL handshake?

All the communications that are done through SSL begin with the handshake. It allows the browser to verify the web server, establish the secure connection and get the public key before the beginning of the data transfer. The SSL handshake is asymmetric cryptography. 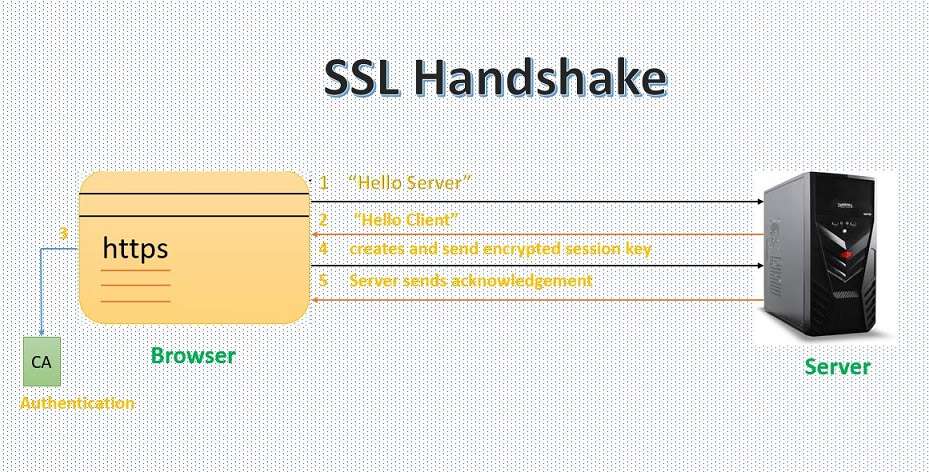 Let us understand what is done actually in the above figure.

Now, in the end, both the client and the server have a valid session key which they can use for further communication and encrypt and decrypt the actual data.

I hope this module was very exciting and you all must gain full knowledge about how the SSL in cryptography works and what is its importance over the internet and much more information about the same. You all must be excited to read more modules like this, So, stay connected with us. Until then, Stay safe, Keep reading, Stay Happy.