Hey Folks, Welcome to the third module of the series, in this particular module we are going to talk about Introduction to Flowchart in C programming, Its basic steps, Its advantages and Disadvantages, terminologies, and symbols used for constructing flowcharts.

So, Hope you guys are excited, let’s dive into the depth of this module.

Introduction to Flowchart in C Programming

A flowchart represents an algorithm, workflow, or process via a systematic flow of diagrams. The flowchart shows the steps-by-steps representation as boxes of various kinds like for taking input, performing calculations, throwing the output, and their order by connecting the boxes with arrows. This diagrammatic representation illustrates a proper solution model to a given specific problem. Flowcharts are used in analyzing the problem in a smooth manner then designing a solution for that problem then, documenting or managing a process or program in various fields. 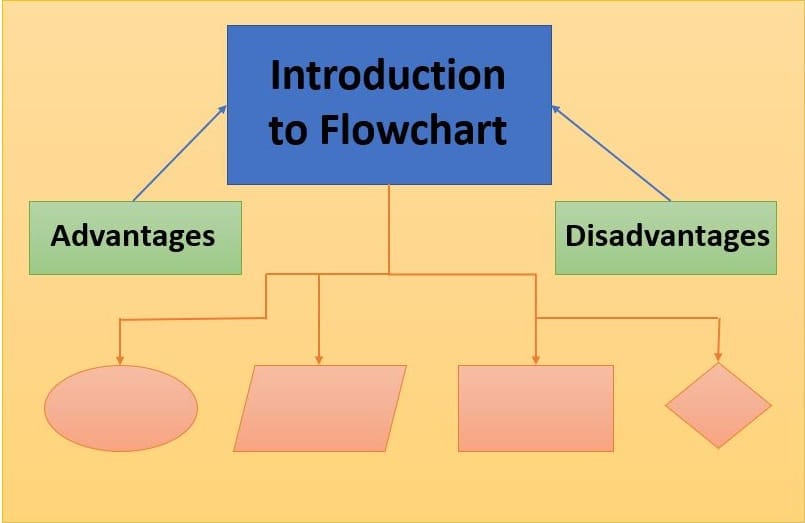 In simple terms, a Flowchart is the diagrammatic representation of the particular algorithms and is helpful for both writing a program and explaining the program to others. it is often used as a program pre-planning tool to solve a problem.

In this Flowchart, we can clearly see that it is demonstrating the step-by-step process for adding two numbers from start to end. You can see various types of blocks used in the above flowchart, it is because the flowchart follows some rules and terminologies. So, let’s see the terminologies or different blocks used for constructing a flowchart.

What are the Symbols used to draw Flowcharts?

Are there some advantages of using Flowcharts?

Till now, we have seen what the flowchart is and how it is really helpful in analyzing a particular problem. Let’s see some of the advantages of drawing Flowcharts:

What are the Disadvantages of using Flowcharts?

Let’s see some of the disadvantages of flowcharts:

I Hope, this module was helpful, you all enjoyed it a lot and must be very excited to go into more depth about the C programming series. Until then stay connected, Happy Learning!