What is a Microprocessor?

A Microprocessor is a computer architecture that plays the main role, without the microprocessor we are not able to perform any action on your computer system. It is a programmable device that takes input, performs some arithmetic and logical operations on it, and produces the desired output. In simple words, a Microprocessor is a digital device on a chip that can fetch instruction from memory, decode and execute them and give results. 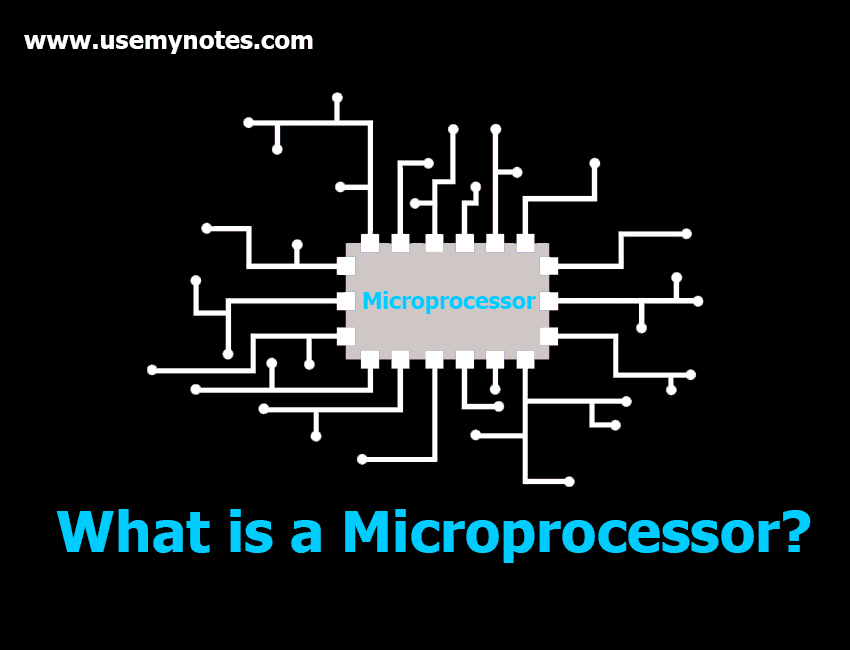 In a Microprocessor, we take a bunch of instructions that are in machine language and execute them, which tells the processor what actions it has to do. There are three basic things that the microprocessor performs while executing the instruction:

What are the generations of a microprocessor?

It was a processor on a single chip. It was able to perform simple arithmetic and logical operations such as addition, subtraction, Boolean OR, and Boolean AND.

It was composed of a control unit that was capable of performing control functions like fetching an instruction from storage memory, decoding it, and then generating control pulses to execute it.

The second-generation microprocessors were introduced back in 1973 again by Intel. It was the first 8 – bit microprocessor that could perform arithmetic and logic operations on 8-bit words. Its name was Intel 8008, and there was another improved version namedIntel 8088.

The third generation microprocessors were introduced back in 1978 and were represented by Intel’s 8086, Zilog Z800, and 80286, which were 16 – bit processors and have a performance like minicomputers.

There were many different companies that introduced 32-bit microprocessors, but the most popular one among them is the Intel 80386.

We are in the fifth generation since 1995. After 80856, Intel came out with a new processor named the Pentium processor which was followed by Pentium Pro CPU, allowing multiple CPUs to run in a single system which helps to achieve multiprocessing.
There are many other improved 64-bit processors such as Celeron, Dual, Quad, Octa-Core processors

What are the features of a microprocessor?

Due to the presence of integrated circuit technology microprocessors (μ) are available at a very low cost. This will reduce the cost of a computer system.

The microprocessor can operate at a very high speed due to the technology involved. It can execute millions of instructions per second.

A microprocessor is manufactured on a very large scale and in a very small footprint due to the ultra-large-scale integration technology. And thus the size of the computer system is reduced.

We can use the same chip for several applications, therefore, microprocessors are versatile.

We use metal oxide semiconductor technology in the microprocessors which consumes less power.

Microprocessors use semiconductor technology that will emit no more heat than vacuum tube devices.

Since microprocessors use semiconductor technology, the failure rate is very low. Therefore it is very reliable.

Because of their small size and low power consumption microprocessors are portable.

What are the basic terms used in a Microprocessor?

The set of commands that a microprocessor can understand is called an instruction set. It is an interface between hardware and software.

It is a set of conductors intended to transmit data, address, or control information to various elements in a microprocessor. There are three types of buses, i.e., data bus, address bus, and control bus.

It is to calculate how many instructions a CPU can execute in a single clock.

It is the total number of operations that a processor can perform per second. It can be expressed in megahertz (MHz) or gigahertz (GHz). It is also called the Clock Rate.

It is the number of bits that are processed in a single instruction.

The total number of bits that a processor can process at a time is called the word length of the processor. An 8-bit Microprocessor has the capability to process 8 -bit data at a time. The word length ranges from 4 bits to 64 bits and it depends upon the type of microcomputer.

The microprocessor supports several data type formats such as binary, ASCII, and signed and unsigned numbers.