In this tutorial, we will be focusing on two important fundamental topics of the Java programming language. We will go through Variables and Constants in Java programming which are also one of the building blocks of a program. 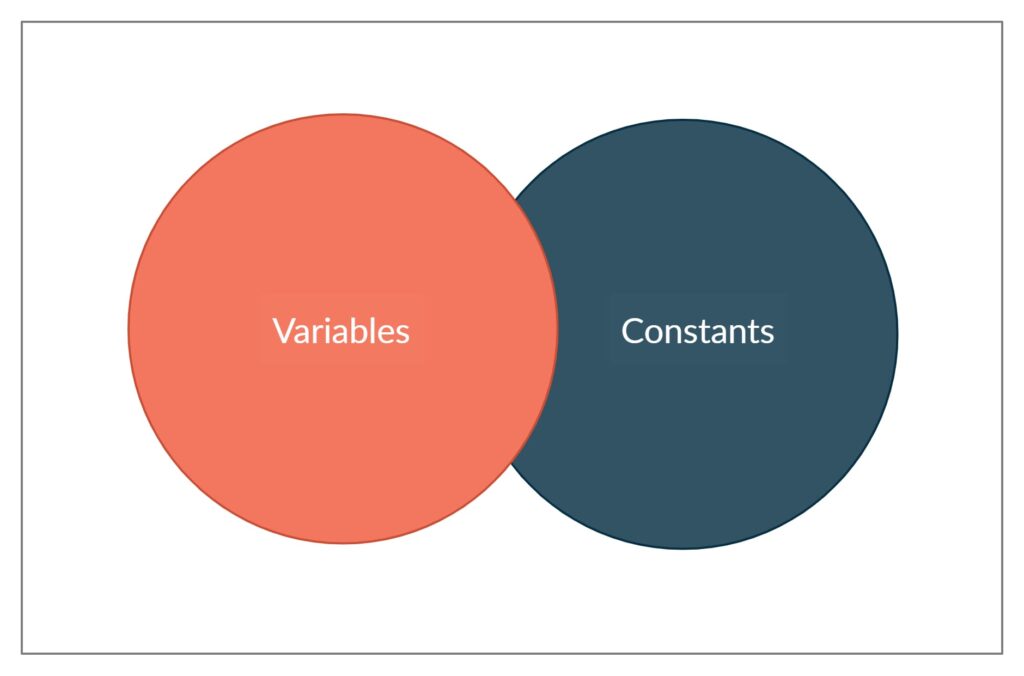 Variables and Constants in Java Programming

A Variable in Java programming language is used to store a value. The value of a variable can be changed during program execution (runtime). A variable can either be declared without giving it a value or we can create a variable with some initial value.

In the above example, the variable is named “average” which is not initialized with any value. The data type is considered as “float” so that it will contain floating-point values.

In the above example, we have a variable which is named “alphabets” and whose value is initialized with a value 26. This value 26 is an integer type of value, so we have the data type of the variable set to “int”.

There are 3 types of variables in Java. They are,

In the above example, variables “x”, “y” and “sum” are local variables whose scope is within the “add” function. These variables cannot be accessed out of the function body.

In the above example, a variable “message” is declared and initialized which is a member variable of the Greet class. This variable is neither declared in a function nor is a static variable and that makes it an instance variable.

In the above example, class Human contains a static variable “eyes” which is also initialized with a value 2. The static nature of the variable makes it accessible without instantiating an object of Human class. The Main class accesses its value just by using the class name followed by the dot operator and then the variable name (in this case the variable name is ‘eyes’).

A constant in Java can be a value or a Java variable whose value will not change during the execution of the program.
A constant value can be such as 1100, 12.32, 5000, etc. These values have a fixed meaning that does not change under different circumstances.

In the above example. The class English contains an instance variable named “vowels” which is of integer type and is also a “final” type variable. This variable will have a constant value of 5 which cannot be changed during the execution of the program (runtime).