In this tutorial, we will be looking forward to understanding one of the most popular programming languages in the world i.e what is Java. We will be covering its topics from its basics to advance. The tutorial is recommended for those who are new in the field of programming as well as those who are willing to upgrade their Java programming skills.

The Java programming language is a 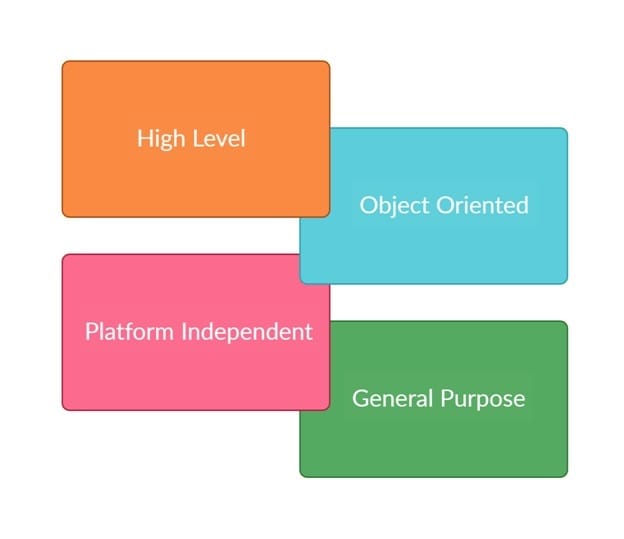 It is a widely-used programming language that is used for creating desktop, mobile, web, console, and server-side applications.

Java is can also be used to create programs, web applications, software programs, embedded systems, etc. Java has predefined syntaxes and programming rules which are followed to build such types of applications.

In the programming community, James Gosling is well known as the ‘Father of the Java programming language’. In 1991, James Gosling created and developed Java at Sun Microsystems. Initially, it was named Oak by the creator, and further, it evolved to become Java. 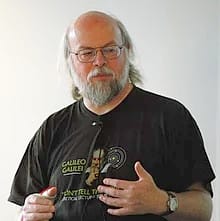 Java works on the principle of Once Run Anywhere (WORA), which means you can write code in one platform and run it in multiple supported platforms. This is possible in Java because code written in Java is compiled to an intermediate result also known as ‘bytecode’ which is platform-independent i.e it can run on different platforms using a virtual machine known as Java Virtual Machine (JVM).

Java runs on billions of devices and more than ten million developers have created Java applications around the world. 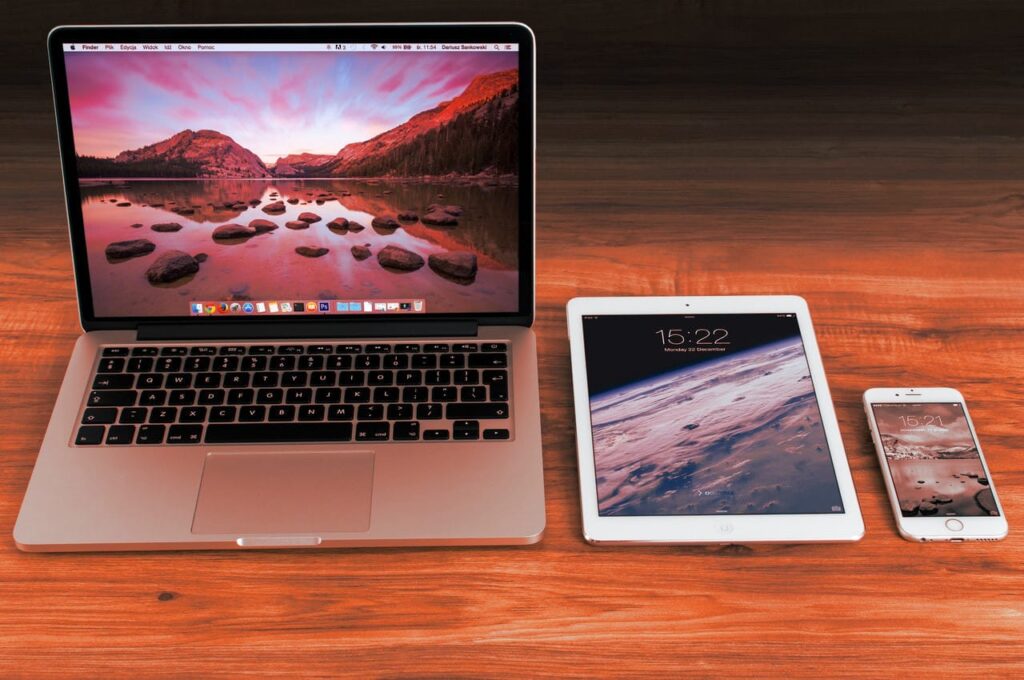 Why Should I learn Java?

Java is an easy to learn language. Java has a strong syntax and at the same time, it is an unambiguous programming language. If you are new to programming, then you might feel it a bit difficult in the beginning to grasp all the concepts but as you move forward it will all make sense to you. It has a bit of a learning curve initially but as you progress things get easy and really easy.

Java is an object-oriented programming language. It supports object-oriented concepts like Polymorphism, Abstraction, Inheritance, Data hiding, etc. These concepts are very likely to be used when developing programming applications in a modular and reusable way. It provides security within modules as well.

Java is used in various platforms such as Windows, Linux, Mobile phones, Websites, Servers, FreeBSD, and many more. At this point, there might be some electronic gadgets around you that might be using Java right now. The device that you are using to read the contents right now is probably using Java.

Java is comparatively faster than other programming languages that are available in the market. Programs executed using Java programming language are faster because all you have to do is compile your programs to generate the bytecode and the rest is handled by JVM. The JVM converts the byte code to the machine-understandable code. This final executable code is faster in execution and doesn’t need any further interpretation on the second run.

Java comes packed with a huge set of in-built libraries. Apart from these, there are external community-supported libraries spread over the Internet that can be used along to extend Java’s capabilities. All you have to do is one search over the internet and you will find tons of Java libraries that are already built by the community which is publicly available to use.

The Java developer community is spread wide across the world. You will find tons of help across the Internet if you are stuck in any part of Java programming. May it be Desktop app development, Web app development, Mobile app development, or whatever it may be. You are not alone. There are forums available that can be used to ask questions and get help. It is a great place to share knowledge and learn more.

Java has support for libraries that are used for machine learning as well as AI development. A vast majority of libraries are also maintained by the community members regarding machine learning, deep learning, Artificial Intelligence, computer vision, etc. so that they are updated frequently. 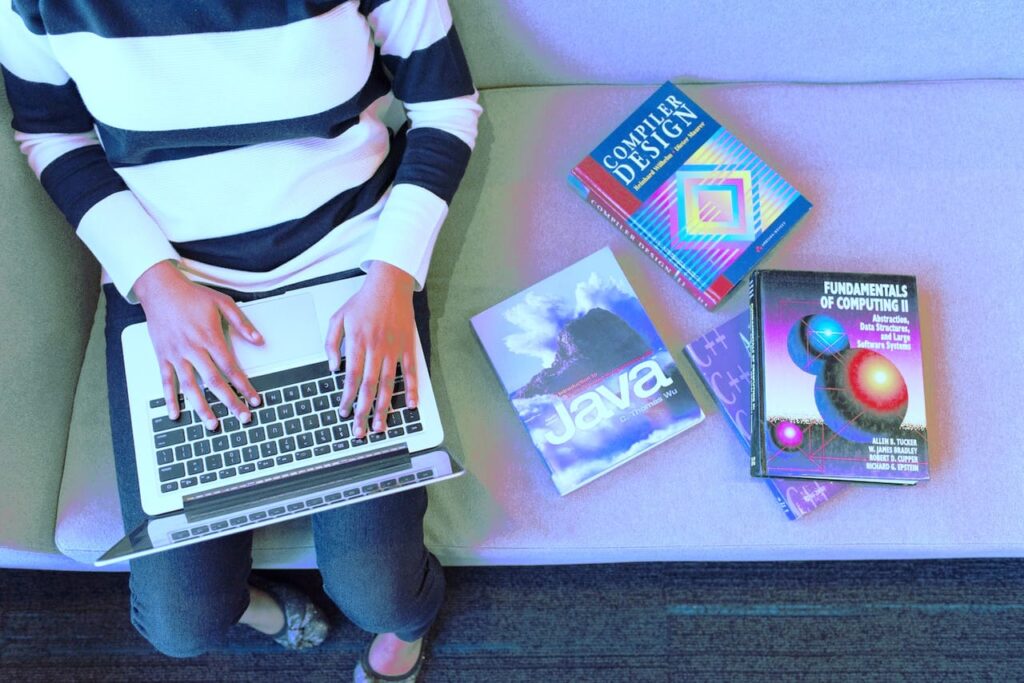 Most of the applications that we use every day are somewhere backed by Java. Due to its feature of being platform-independent, it has grown so much that it is almost everywhere. Here are some of the key applications of Java:

Most of the smartphones that are available in the market are based on Java. The popular well known operating system Android OS is also based on Java.

Java is also one of the languages that are widely used to create mobile applications. There are libraries and tools that come in-built with the software package known as Android Studio which has Java APIs available to create android applications for both personal and commercial purposes.

There are mobile apps that we see in App stores are mostly built around Java. Developers prefer Java for their App development due to its rich features, toolset, and better documentation.

Java has predefined libraries to develop a fully functioning Desktop application. It comes packed with prebuilt UI packages that can be used to create GUI applications. Packages like Abstract Window Toolkit (AWT), Java Swing, and other graphics media packages are available in Java. These are the tools and components that are basically required in a general desktop-based application. To make it easy for the developers, every component of the UI library available in Java is well documented as well as fully customizable according to the developer’s style and needs. There are several external open-source UI libraries available across the Internet that may come in handy to extend the UI functionality of Java.

Java is just not limited to Desktop or Mobile applications. It is also supported for the development of Web applications. It has great tools and components that are pretty much used to design any kind of backend server environment. Due to its top-class security features and high robustness, it is one of the preferred languages that are used in large-scale web development projects.

Java Servlets, Java Server Pages (JSP), JavaFX, Spring MVC are a few key technologies that use Java for web development. These technologies are being updated frequently and new libraries are being added to enhance them for the long run.

Enterprises and Corporate environments need large software solutions and technology stacks to operate, tackle, and solve their problems. Java EE platform is designed for developers to create large-scale, scalable, multi-tiered, reliable, and secure network applications. It covers essential features and functionality for not only large companies but also for government agencies and small organizations.

Giant tech companies need robust, scalable, secure as well as powerful software solutions to perform their business operations and Java is capable of doing that. The Java EE package has development APIs that will make developers focus more on building solutions rather than focusing on code. This will only increase productivity but will also let developers create large-sized applications collaboratively.

Java can operate on multiple servers at a time by its distributed computing nature/feature. It can connect to multiple resources in a network to build a complex architecture to run software applications in a distributive way. These distributed network resources are also termed as Nodes that are connected to each other and work together to fulfil a goal or need. Its main use can be mostly seen in enterprise-level applications.

One of the well known mathematical libraries known as MatLab is also based on Java.

Most of today’s embedded systems like Television, DVD player, Microwave Oven, Multimedia/Music Player, etc. in one or the other way use Java in its core. Even some old keypad phones that were used (also being used currently) are powered by Java.

Some known popular frameworks include Apache Spark and Apache Hadoop. Both of these technologies are used in big data processing and analysis. At the same time, both of them are also built using Java.