In this tutorial, we will study the features of java programming like – Simplicity, Familiarity, Platform-Independent, Object-Oriented, etc with a brief discussion, and its different keywords. 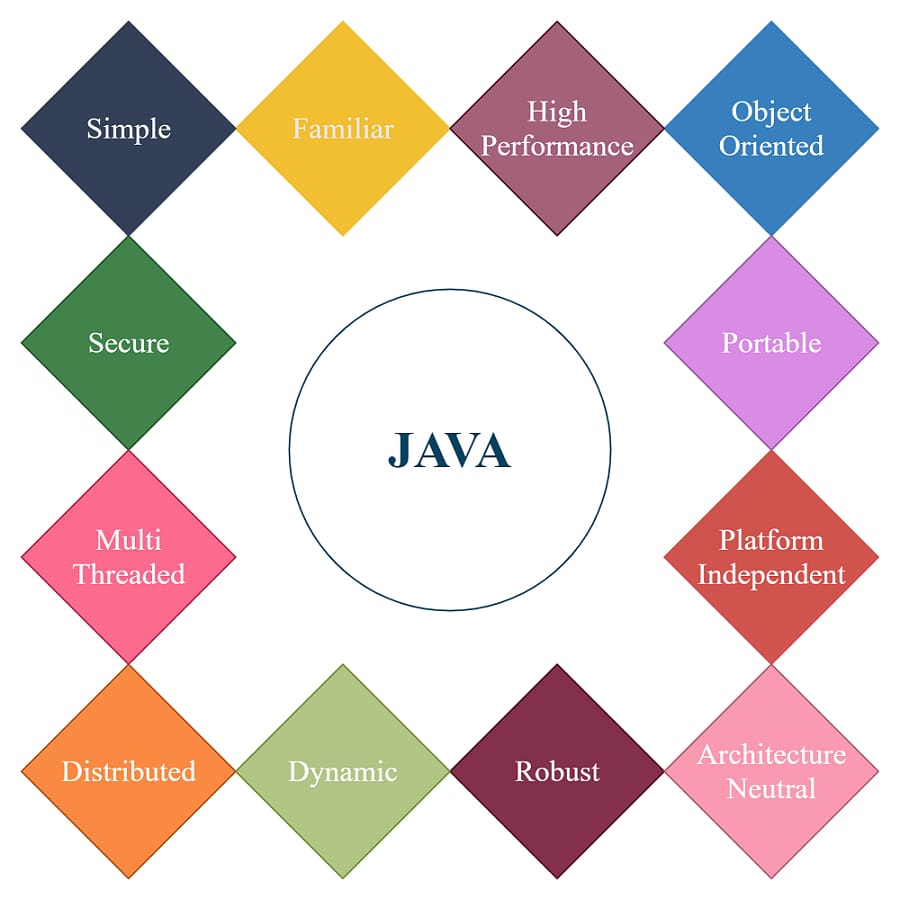 Everything that is created in Java is in fact a collection of objects. Java uses objects to communicate with other objects and each other in a program. These objects require memory to operate. These objects are self-contained memory blocks in the main memory that contain runtime data. When not in use, these objects are destroyed by the Garbage collector (GC).

Java is well known for its security features. Applications written in Java are highly encrypted and secured by Java. It also doesn’t support the use of pointers which are used in C/ C++. This is a huge benefit as it prevents direct access to memory.

Java can make use of multiple threads to execute multiple tasks at the same time. Each thread can be seen as an individual execution path that can do a specific task without waiting for other tasks to complete. Threads can be created, destroyed, executed, and interrupted as needed by the developer.

Programs compiled in Java are architecture-neutral in nature. These compiled programs or ‘bytecodes’ does not depend on the underlying architecture of the system. A system can run Java programs without considering its architecture until it has support for JVM.

Java programs are compiled and executed with great performance. Instead of interpreting all the Java code each line at a time, Java bytecodes are interpreted and compiled by the JIT compiler at runtime. This makes Java fast and efficient.

Java programs can be processed and executed in multiple environments. These environments can be distributed in different physical locations as well. These individual distributed components can be connected to each other to make them act as a single unit or a single system that can fulfill a task.

Java has the capability to allocate memory dynamically at runtime. Dynamic memory management and garbage collection are some of the most important features of Java. It also supports dynamic loading and linking.

Java bytecodes are platform-independent in nature, at the same time they are portable and lightweight. Bytecodes can be taken to some other machine with some other operating system that has JVM and then executed over there.

Learn What is Java