In this tutorial, we will learn Python Namespace and Scope. It is a basic fundamental concept of Python that is required for understanding the workflow of a Python program.

A namespace in Python is a type of mapping of names to Python objects. Multiple python namespaces can exist together without any collision with Python Namespace. 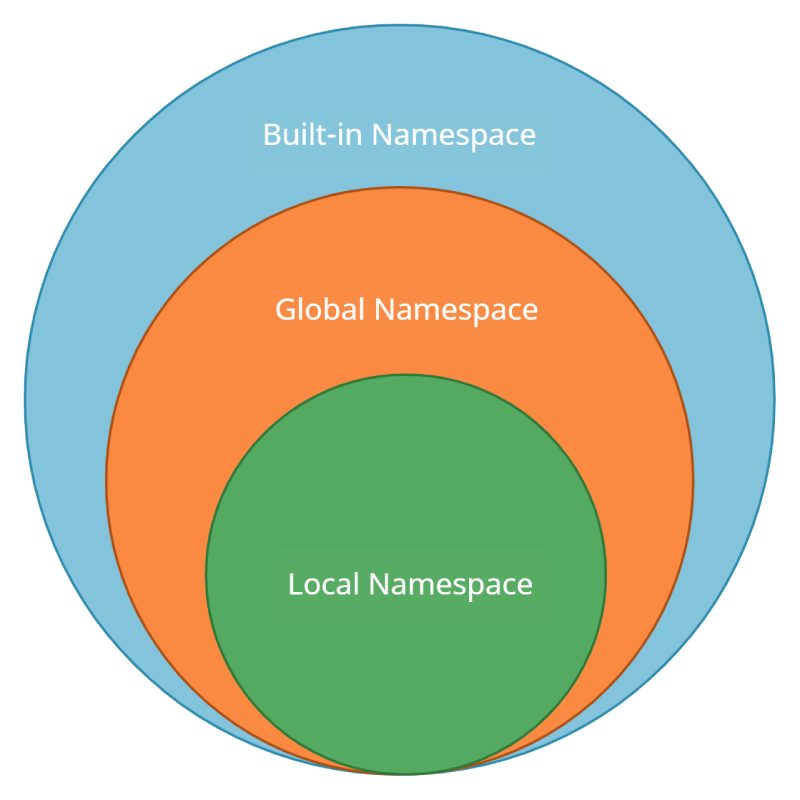 Multiple namespaces in python can have the same name without worrying about any conflicts.

There are 3 types of namespace available in Python. They are:

Along with this, the modules that are loaded with the import keyword during the runtime of a Python program are also contained under the global namespace.

At an instance, to see all the objects that come under the global namespace can be seen using the following command in a python terminal:

The above command returns a Python dictionary that consists of all the objects of the global namespace at that time.

At an instance, to see all the objects that come under the local namespace can be seen using the following command in a python terminal:

The above command returns a Python dictionary that consists of all the objects of the local namespace at that instance of time.

What is Python Scope?

A Python scope is a region in Python code. Each region may have any number of variables and functions but their names should be different. There can be multiple scopes in a Python program. A name can coexist in multiple local scopes of a Python program.

A variable in a higher scope and be manipulated from a lower scope region of a program.

In the above code, the global scoped variable name is being manipulated with the local scope of a function. As this function is under the scope of the name variable, it can access or manipulate them directly.

The name variable is manipulated locally in a function and then printed to the terminal in the next scenario.

With the above code, it is clear that a function uses the locally scoped variables first if they are in that scope. If not, then the next higher scope variables are accessed next.

This is all about Python Namespace and Scope. I hope now you have a better understanding of namespaces and scopes in Python. To learn more on Python, keep following us.