Hey folks, in this module, we are going to discuss Python Data types and variables in detail. These are the fundamental concepts that belong to the foundation of any programming language.

So, let’s start reading this module.

Python is one of the easiest and sought out languages in today’s era and Programmers and developers only want to focus on the implementation part rather than spend their time in writing complex programs. This is why python becomes the easiest language and also provides ease to readability. 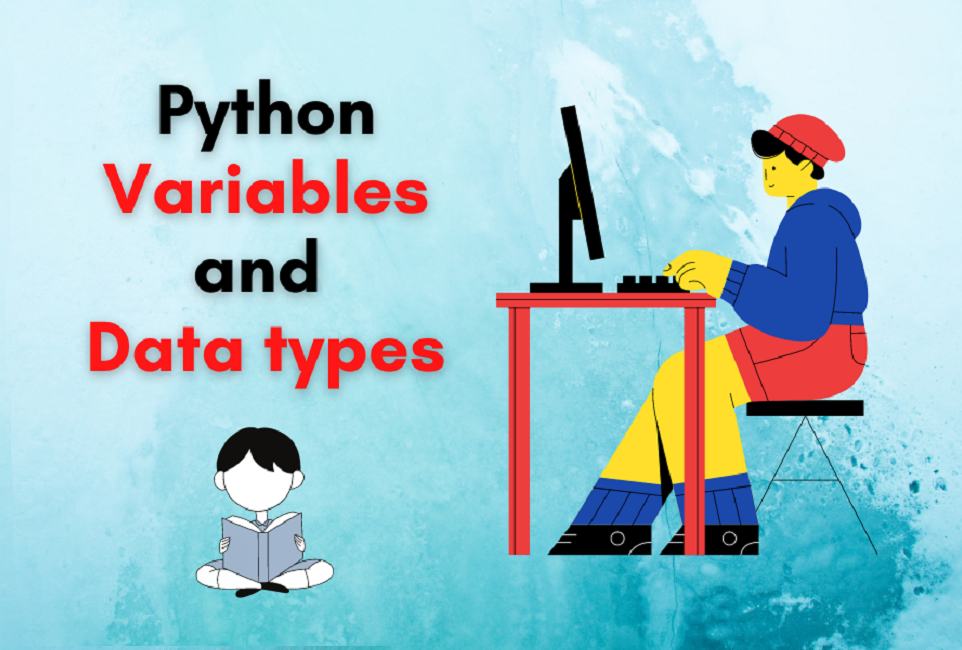 Variables are like the container which contains or holds some value in it. It acts like a storage area that holds or stores value.

Variable as the name suggests that it contains the value which can vary. So, that means you can change the value of the variable as per requirement in the program.

It is also known as reserved memory locations in which the value is stored. This tells us that whenever you create a variable, some memory is assigned to it.

How to declare a variable in Python?

So, these are some of the rules that have to be remembered while declaring a variable. Some examples of the variable declaration are.

In the above code, we have created two variables named name and num and have assigned a value to it, then printed the same.

In Python, we can assign single values to multiple variables at the same time.

In the above code, we have assigned a single value to the multiple variables that 10 is assigned to variable num1, num2, and num3 and then printed the same. Let’s see one more example to make the concept clearer.

In the above code, we have assigned multiple values to multiple variables in the same line and printed the value.

Since now, we have declared a variable but we didn’t mention their type, but yes values have a type. Every value has a type in python.

Data types tell which type of value a variable is holding. In python, there are six data types and that is.

Let’s see a little detail about each of them.

In the above code, we have declared 4 variables, assigned the four different types of numerical values, and printed the same.

If we want to know the type of value that a particular variable is holding, we can do that using the “type()” function.

In the above code, we can easily see that we got the type of value that a variable is holding, that variable num was holding integer value and variable num1 was holding floating-point value.

As there is no Character data type, a Character is considered as a String in Python. The string is used for representing Unicode character values.

In the above code, we have declared a variable name and have assigned a value to it, and then have printed the value as it is and also using the index number.

List in python contains an ordered and changeable collection of items that belongs to different data types. It allows duplicate values also. To declare the list, we use the square brackets. Let’s see an example.

In the above code, we have declared a list name nameList and have defined different values to it and then printed the same, also used indexing to access the particular item from the list.

In Python, Tuple is declared using the round brackets. It contains the collection of items which is unchangeable or immutable. We can access the tuple values or items using the index number. Let’s see an example.

In the above code, we have created the tuple, assigned the values to it, and then printed the items of it, and also accessed the particular items using the index number.

In Python, the set contains an unordered collection of items, which also does not have an index. We can declare the set using the curly brackets.

A set contains only unique values, it does not contain duplicate values in it.

In the above code, we have created a set, assigned a value to it, and printed the same.

In the above code, we have declared a dictionary and have assigned a value and then printed the same and also accessed the value using keys.

I hope this module was very much interesting and you must gain a lot of knowledge from the same, and also must be excited to see more modules so that you can gear up yourself in Python programming. So until then, stay connected with us. Keep Learning, Keep reading, Happy Coding.