Use My Notes
Home Java Programming Course for Free What are Methods in Java?

In this tutorial, we will uncover a question that is mostly asked in the programming world i.e What are methods in Java? We will learn what they are, how to use them, and when to use them in a Java program.

What are Methods in Java?

A method in Java is a block that generally contains a set of statements to complete a task or an operation.

Let us try to understand Methods in a simpler way, consider a scenario where you have a common task that is repeatedly performed in a program. There are two ways to handle this scenario while programming.

Using a method to perform a repeating task is a very time-consuming process and it also decreases the lines of code of a program.

What are the components of a method?

A method has mainly 5 components. These components are required to declare a method in a Java program. They are: 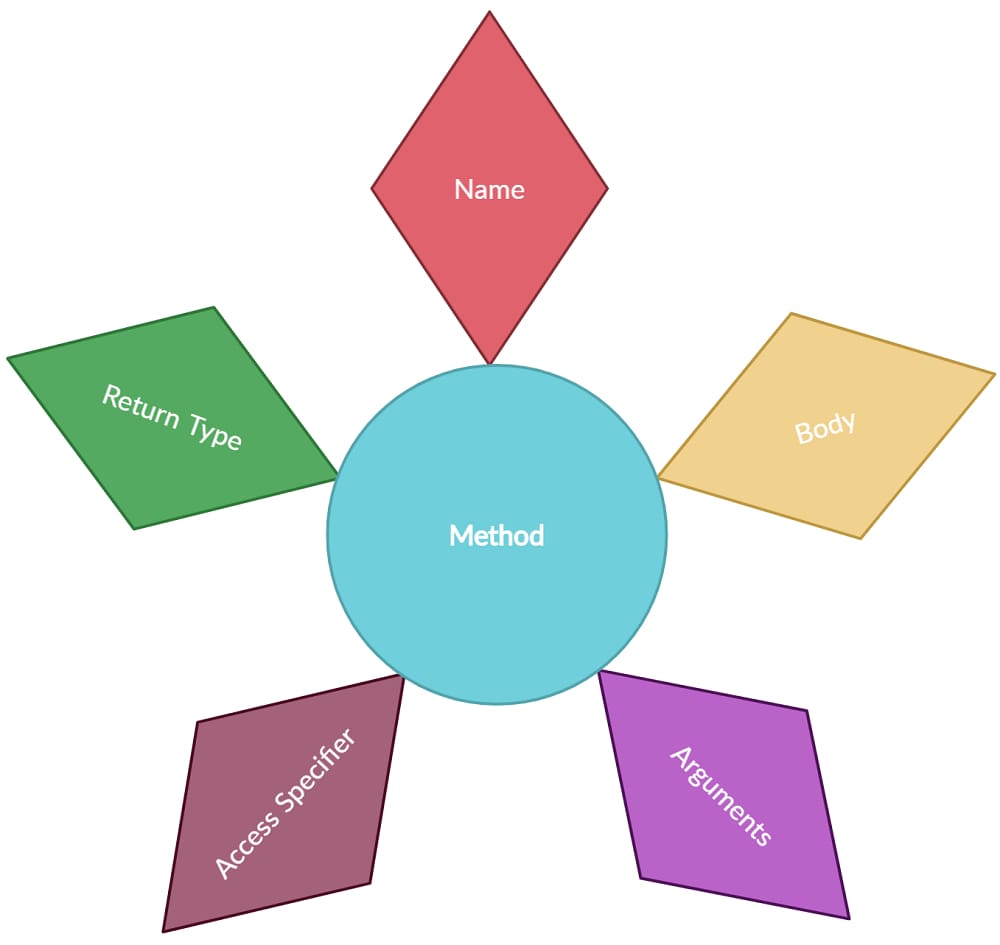 An Access Specifier specifies where this method can be accessed. It generally defines the scope of the method in a Java program. In Java, there are 4 types of access specifiers, they are:

The method that has a public access specifier can be accessed from any class or any part of the program.

A method that has a private access specifier can only be accessed within the class where it is defined.

A method that has a protected access specifier can be accessed within the same package. It can also be accessed from other packages if they inherit the class where this method exists.

A method has a return type or return data type that tells the Java compiler about what type of data this method will return after it is executed. If a method has nothing to return then the return type of that method is ‘void’.

For example, if there is a method whose name is ‘calculateAverage’ whose return type is ‘float’. Then we can easily say that this method will (by the name) calculate the average of some numbers and finally return the output in the form of a float value.

Name of the Method

Arguments are the inputs given to a method. A method may or may not have arguments depending on the implementation. If a method has nothing to take as an input then it doesn’t need to have any arguments. But if it requires some input, then it can be mentioned in the method signature. After that whenever we want to call that method, we need to pass those arguments, or else we will not be able to call that method.

Body of the Method

Basic example of a method:

The example above shows that:

The way mentioned above is a simple way of writing a simple method in Java. This way you can add more and more logic within a method body to create a complex method that can save you a lot of time.

But there is not always a need to write a method for each and everything. Java provides some in-built methods that are pre-defined for the developer to use. This brings us to the types of method in Java.

What are the types of Methods in Java?

There are two types of methods in Java. They are: 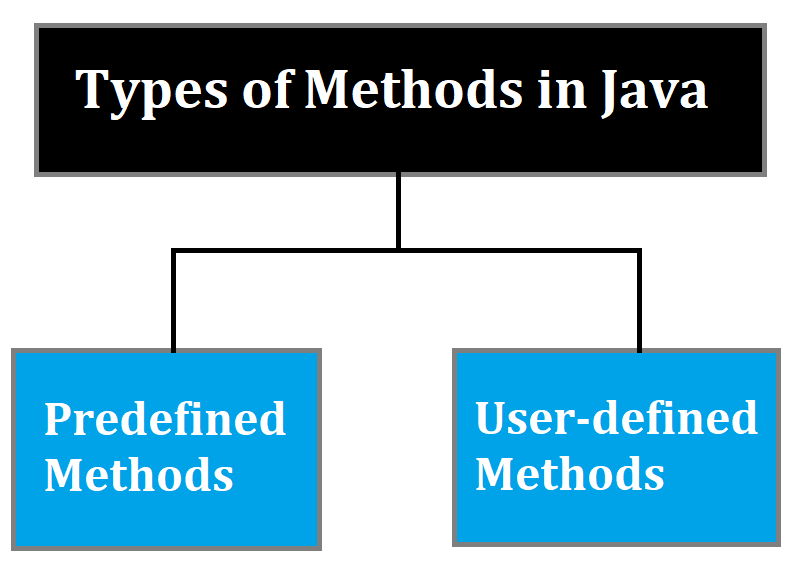 User-defined methods are those methods that are defined by the developer so that they can be used later in a program. The developer has to test them for the correctness of output and maintain them.

Let us see how we can create and use a method in Java:

The above example shows how the printSum() method is called twice to calculate and print the sum of number1 and number2.