In this tutorial, we will start by writing our A Simple Java Program in a text editor. We will then compile the written program and execute it to print a message. We will also focus on the key points on how to name the files that contain the program and other rules of writing a Java program. 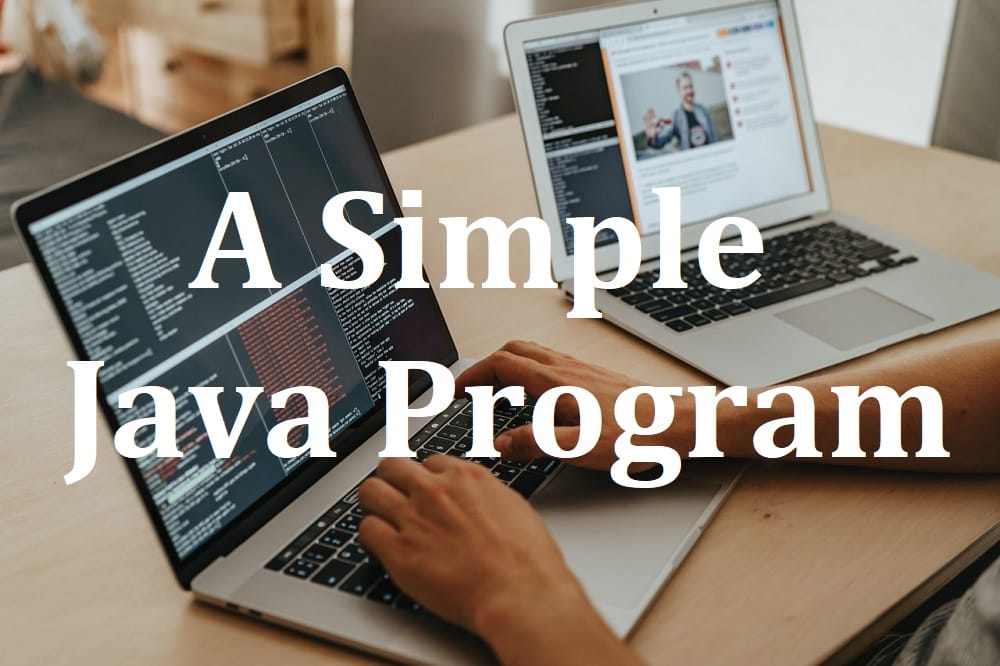 Let’s write our first simple Java program that prints a “Hello world !” message in the console. At first, open your favorite text editor. Some of the freely available text editors are Notepad++, Atom, and Visual Studio Code which you can use for this tutorial.

Create a new text file and type the following program:

The above program is composed of two components:

Save the following program in your preferred directory and name it FirstProgram.java

The above line will use the java compiler to compile the Java program. It will fail to compile if there is an error in the program. If there are no errors, then it will generate a FirstProgram.class file in the same directory.

After a successful compilation of the program, Type the following line and press Enter: java FirstProgram

This actually executes the Java program and prints its output on the next line.

Congratulations! your first Java program is written is executed successfully.

When we compile the program with the javac command, it generates compiled .class files for that program. They are not generated if there is an error in the program.

For example, if you have a file MyProgram.java which has a class with the name Calculator, then you will compile the program as: javac MyProgram.java

To execute the program, you will type: java Calculator

6. The words public, static, void, class are keywords which should be in small-casing.

7. The words String and System are pre-defined classes.