In this tutorial, we will deep dive into (Java Database Connectivity) JDBC in Java. We will learn what JDBC is and know its types in detail. We will also cover JDBC architecture and prerequisites for learning JDBC.

The Architecture of JDBC in Java

The term JDBC is an abbreviation for Java Database Connectivity. It is a built-in API available in Java that is used to connect with databases and execute queries. JDBC is specifically available in JavaSE. 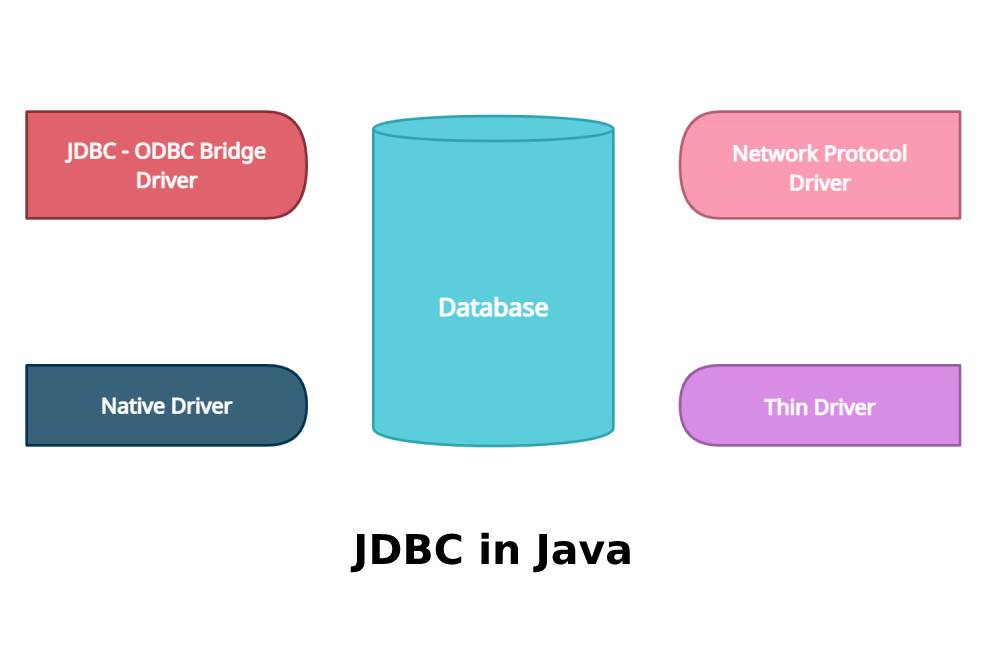 Why should I learn JDBC in Java?

Previously, ODBC API was well known for database connections and operations. The thing with the ODBC API was that it used the ODBC driver which was written in the C programming language.

The C language is a machine-dependent language and due to this, there was a problem with the compatibility of ODBC drivers. Another important fact is that C is a much-unsecured language compared to Java. These two were the reasons why Java later defined its own API that used JDBC drivers for database connectivity. And the fun fact is that now it is secure because it is written in the Java programming language.

JDBC API can be used to do the following:

Prerequisites to learn JDBC in Java?

To better understand the functionalities of JDBC, you need to have a decent knowledge of Core Java programming in general. This is necessary because it is needed to understand different methods, variables, constants, and classes that work collectively to operate on a database.

A Basic understanding of CRUD operations in a database and SQL is also important to know to learn JDBC. This will help you in making queries and executing them in a database.

The JDBC Architecture has two layers, they are: 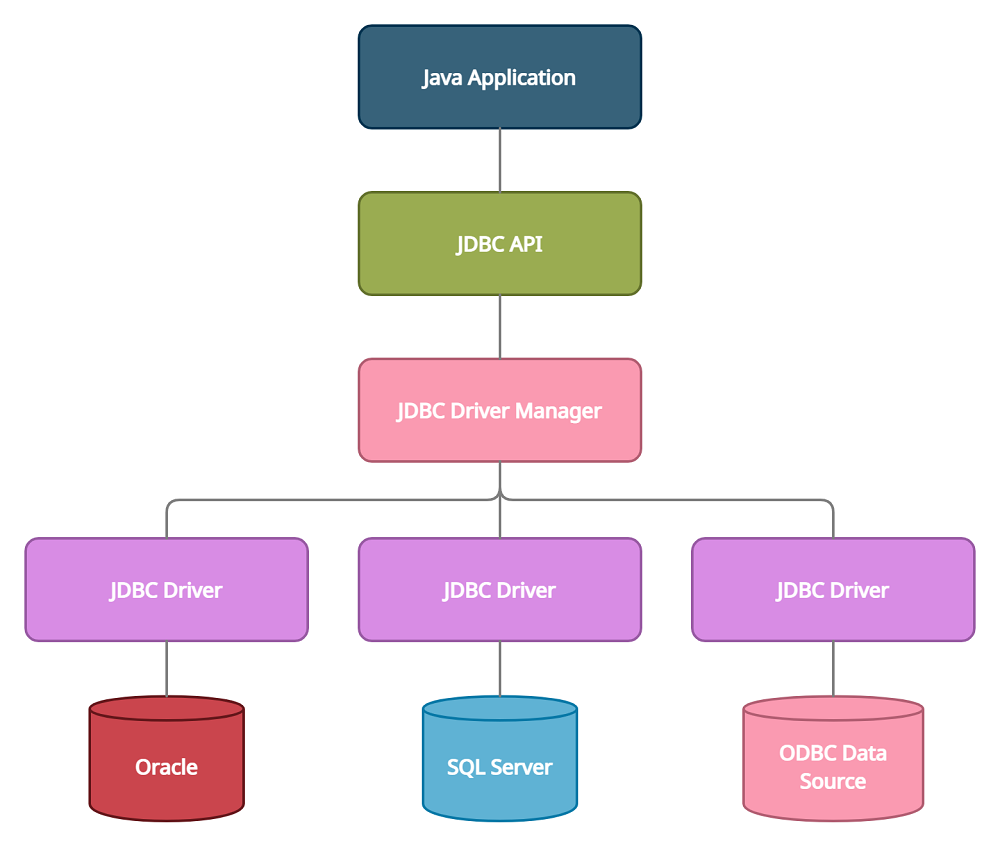 JDBC in Java uses a driver manager and a database-specific driver to connect to a database. The JDBC driver manager makes sure that the correct driver is being used to access the databases. It is also capable of handling multiple drivers connected to multiple databases simultaneously.

There are two packages i.e., java.sql and javax.sql that are known for JDBC connections and executions. Java uses JDBC drivers to connect with any database. They are of 4 types:

In this type of driver, a JDBC bridge is used to access different ODBC drivers that are installed on the client computer. Previously, this was the most famous driver used for database connectivity.

The Native API driver is another driver that uses client-side libraries of the database to make database connections. It is used to convert the JDBC method calls into native calls (C/C++) of the database.

The disadvantage of Native Driver:

In this type of driver, a database is accessed using a 3-layered approach. It uses a middleware server that connects to the database and makes JDBC calls. It connects through vendor-specific protocols.

The standard type of network sockets is used by the client machines to interact with the middleware server. The user sends the database query information to the server and the server translates them into DBMS calls and then forwards it to the database server.

Network Protocol Driver is extremely flexible because it doesn’t require any kind of code or programming on the client and can provide access to multiple databases.

The thin driver directly converts the JDBC calls made by the program into vendor-specific database protocol. It is also known as Type 4 driver or Java Based Driver. It uses a socket connection is used to make database connections to the database. It also provides the highest level of performance due to being provided by the vendor itself.

The Thin driver is highly flexible and doesn’t require you to install any kind of special software on the client machine.

The disadvantage of Thin Driver

I hope you got the most out of this tutorial on JDBC in Java. To learn more content like this in the future, stay in touch with us.