Use My Notes
Home Database Management Systems - DBMS What is Data Independence in DBMS?

What is data independence in DBMS?

Data independence in DBMS also known as data abstraction is the ability to modify the schema at a lower level without making alterations at a higher level. Its goal is to make data independent of the user. The database contains a tremendous amount of data which is hard to handle if it is stored in one place. But with the usage database management system expanding, there is a need to change the data over time to satisfy the requirements.

This describes how the data or record is stored and where the data is stored. It is the lowest level and is also known as the internal level. It is controlled by the database administrator.

It is also known as a logical level. This describes how data is stored in the database and what are structures used. It is also used to define the relationships between different tables. In this, the constraints for the entire database are defined. It is at the middle level. It is controlled by the database designer.

It is also known as view level. It is mainly used to represent data to the user. In this, the application programs hide details of the data types which means it can also be used to hide pieces of information for security purposes. In simple words, it is used to give authorization to different users to view data differently. It is the highest level. It is controlled by the interface designer. 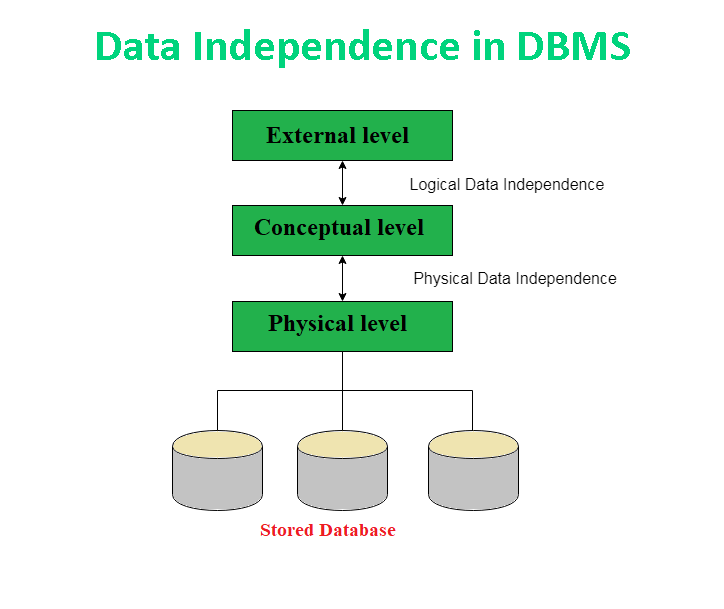 Importance of data independence in DBMS