In this tutorial, We will study what is Entity Relationship Model in DBMS, and the components of the ER diagram – entity, attributes, relationships, keys, and cardinality. So let us start.

What is Entity Relationship Model in DBMS or ER Diagram?

ER diagram (Entity Relationship Model in DBMS) also known as the ER model is used for representing the data logically. It fulfills the requirement of the conceptual design of the database. It is used to represent relationships between different entity sets. The ER diagram looks more like a flowchart. But, ER Diagram contains many specialized symbols and the meanings of the symbols make this model unique. ER diagrams have meanings that should be thoroughly understood so that we can create correct diagrams. 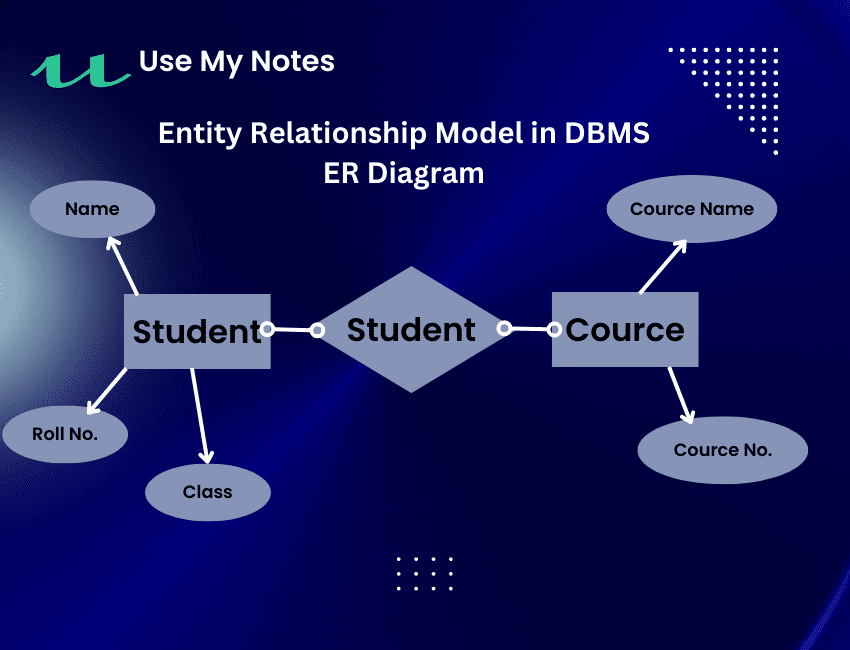 What is an entity?

What is an attribute?

What are the types of attributes?

There are four types of attributes.

Those attributes can not be divided any further. Example: mobile phone number.

Those attributes can be further divided. For example name of a person, it can be divided into first name, middle name, and last name.

What is the relationship?

It is used to define the maximum number of relationships one entity can have with others. There are different types of cardinality like: 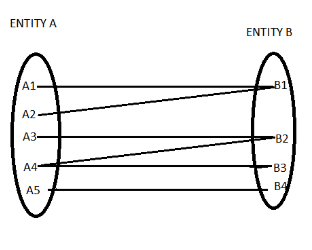 One entity from any entity set can be associated with another entity set B by at most one relation and vice versa. 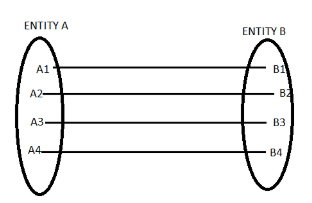 For example, one department might consist of multiple employees. 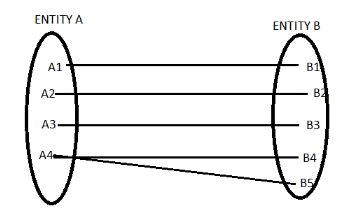 For example, many employees might belong to one department. 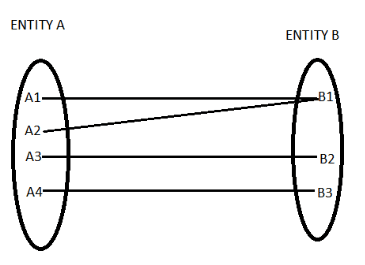 What is the degree of relationship?

When only one entity set is participating in relation. For example, a person can only marry a person.

When there are two entities that are participating in the relationship. For example, one student can go to only one school.

When there is n number of entities set that are participating in a relation.

What is Participation Constraint?

Participation Constraint is applied to the entity or entities participating in the relationship set.

Each and every entity in the entity set must participate in the relationship. Total participation is represented by a double line. For example, every student is opting for a course therefore there is total participation from students.

What are the ER diagram notations?

ER- Diagram is the representation of data that describes how data is related to each other and defines the relationship between them. 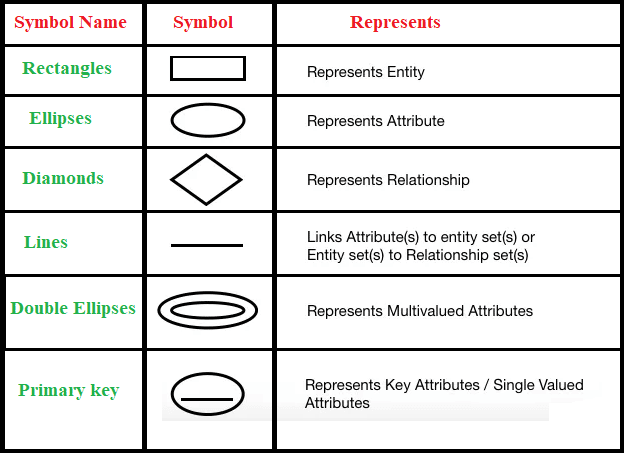 This symbol is used to represent the entity.

This Symbol is used to represent attributes.

This symbol represents the relationship types.

These attributes are underlined.