Hi folks, welcome back. In this module, I will be discussing the difference between ES5 and ES2015. In the previous module, I have discussed inheritance in JavaScript. So, you can read it from our JavaScript tutorial. Now, let’s begin to know about the current topic. 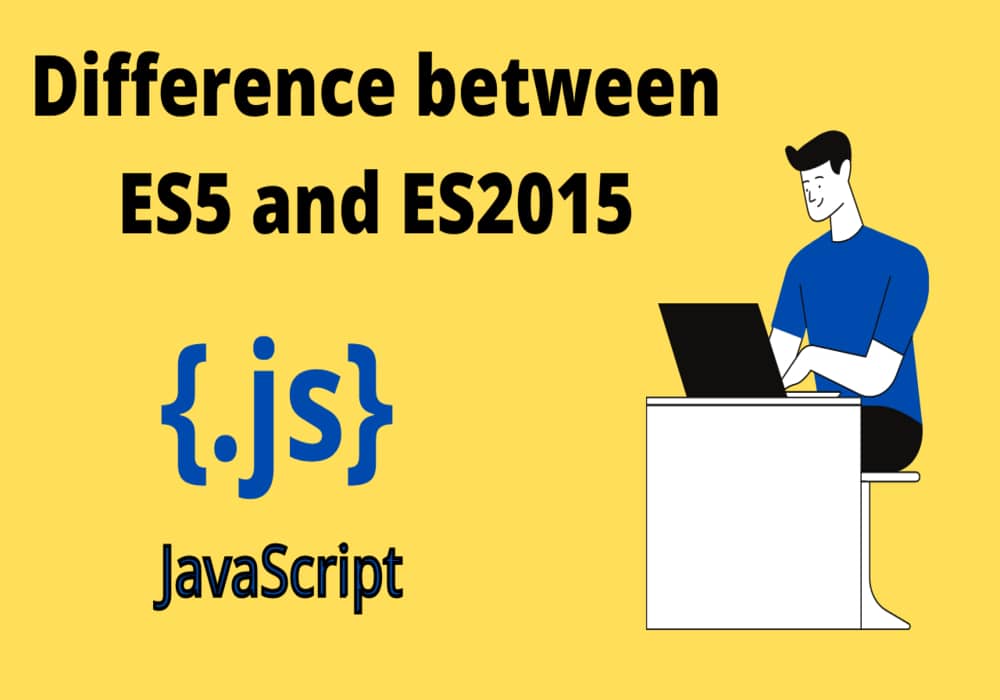 Difference between ES5 and ES2015

Many other features are also included in ES5 and ES6.

The ES6 or ES2015 can be converted into ES5 code by using transpilation. For this, we can use two compilers: Babel and Traceur for converting ES6 code to ES5 code.

I hope you have now known some of the differences between ES5 & ES2015. In the next module, I will be discussing the latest version of ECMAScript. If you want to learn JavaScript and other programming languages like Python, C, and Java, you can refer to our website.