Use My Notes
Home Blog New features in Windows 11

Welcome back guys, in this module I will be talking about new features in Windows 11. The previous version or generation of Microsoft Windows was Windows 10, which was launched in July 2015. The next generation of Windows i.e Windows 11 has been released by Microsoft.

The new Windows 11 has many new features. It has a new interface with new desktop wallpaper which seems to be more attractive when compared to Windows 10. 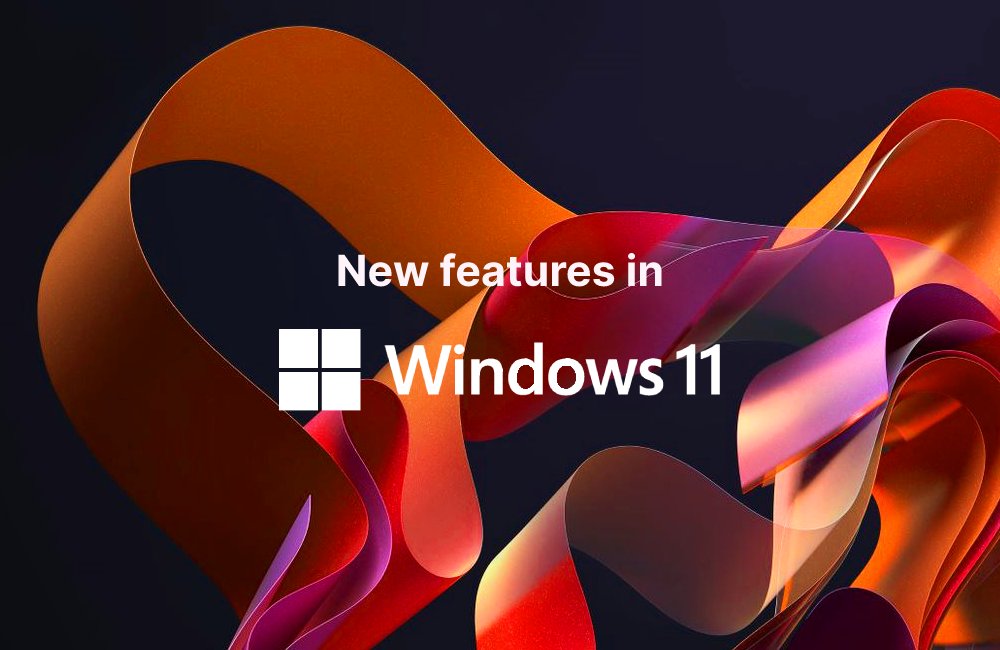 When Windows 11 will be available, you can download it by following the steps given below:

The next generation of Windows i.e., Windows 11 has been released for PC users on 24 June 2021 in a virtual event. Microsoft has stated that Windows 11 will be available for download to Windows Insiders by next week for testing purposes. Later this year, it will be available as a free upgrade for Windows 10 users, and it will be pre-installed on new PCs (Personal computer).

To run Windows 11 on your personal computer (PC), you will require a 64-bit processor having 2 or more cores. Apart from this, it also needs a minimum of 4 GB of RAM and 64 GB of storage. In comparison, Windows 10 requires at least 1 GB of RAM and 16 GB of storage. Your PC should also have TPM (Trusted Platform Module) version 2.0. DirectX 12 graphics or WDDM2.x support is required on your machine.

How to check if my PC is compatible with Windows 11 or not?

Now, as a Windows user, you might be excited to install the new Windows 11 on your PC or laptop. But before installing it, you should check whether it is compatible with your Windows 10 PC or not. To check the eligibility for up-gradation of Windows, you can download the PC health checkup app.

I hope you will find this post useful. After reading this, you might be excited to upgrade your Windows and use the new features of Windows 11. ️️️️️️But don’t be too quick to do so. At least check whether your system is eligible for up-gradation or not, otherwise, it will lead to wastage of your time and efforts. Stay connected with us for getting more informative and exciting modules like this.