Hi, guys, welcome back. In this article, I will be discussing the top 5 Python IDE for Windows, Linux & Mac. The finest Python IDE and code editors for developers are designed for easy coding and debugging. Let’s begin to know about it, now. 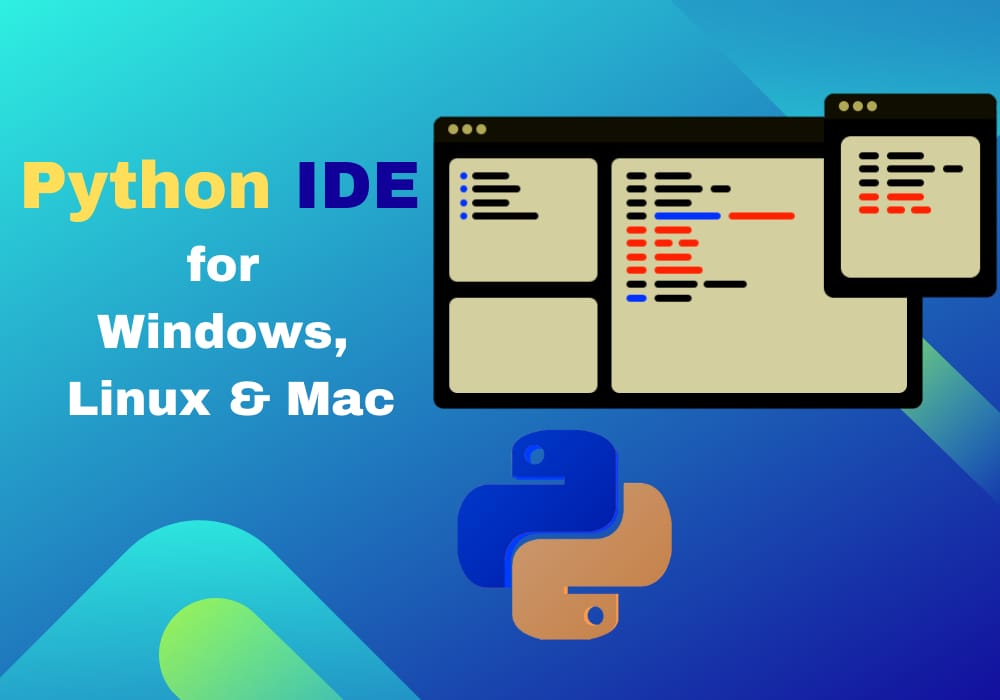 A Python IDE (Integrated Development Environment) is a platform used by python developers to develop the software or program. It provides various features such as debugging tools, syntax highlighting, automatic code completion, and many other features, which help the developers to write the program more quickly and debug easily. To build a desktop or web application, developers can use such editors.

I have discussed the top 5 python IDEs (Integrated Development Environment) in this article. Let’s see each of them.

When should you use which Python IDE?

There are many other popular Python IDEs such as Visual Studio Code (VS Code), PyDev, Thonny, Wing and Vim, Atom, etc.

If you are a beginner-level python programmer, then it is good to go with IDLE and Thonny IDEs.

If you are an intermediate python programmer, then you should use PyCharm, Atom, Sublime Text, Visual Studio (VS) code are some of the good options.

I hope this module has helped you to know about some of the Python IDE. Based on your requirements and level of knowledge for python, you can use different python IDEs. You can visit our website for more useful modules like this.